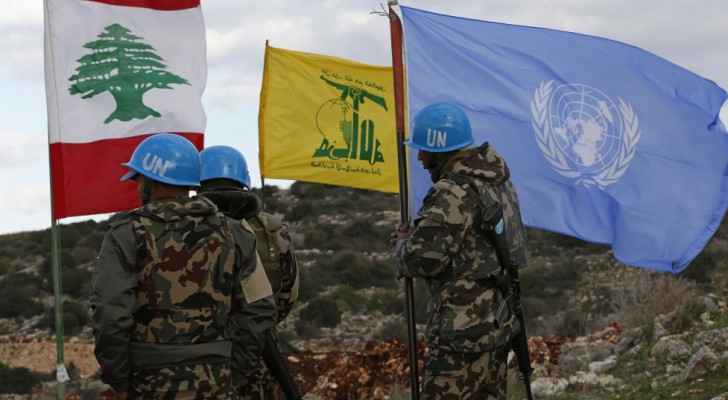 Thursday, Lebanese President Michel Aoun, during his meeting with US Under Secretary of State for Political Affairs David Hale, called on the Israeli Occupation not to work in drilling an oil field in a marine area that Lebanon considers disputed.

Hill, who has been on a tour of Lebanese officials since Wednesday, confirmed that his country is ready to facilitate the resumption of negotiations to demarcate the maritime borders between Lebanon and the Israeli Occupation, which were suspended last year due to controversies over the disputed area.

Last year, Lebanon and the Israeli Occupation, officially at war, held three rounds of indirect negotiations under the auspices of the United States and the United Nations.

The negotiations were supposed to be limited to a marine area of about 860 square kilometers, according to a map sent in 2011 to the United Nations. However, Lebanon later said that this map was based on erroneous estimates, and today it is demanding an additional area of 1,430 square kilometers that includes the "Karish" field, wherein a Greek drilling company is working for the Israeli Occupation.

Monday, the Lebanese Minister of Public Works and Transport Michel Najjar signed a decree amending the maritime boundaries. Aoun, the prime minister, and the minister of defense are supposed to sign the decree so that it becomes effective.

After the meeting with Aoun, Hill said that his country was ready to "facilitate negotiations on the maritime borders between Lebanon and Israel on the basis that we started in these discussions," saying that "it has the potential to open the doors to great economic benefits for Lebanon, and this is very important in light of the severe economic crisis." Country.

In 2018, Lebanon signed the first contract to explore for gas and oil in two areas of its territorial waters, one of which, known as Block No. 9, is located in the disputed part with the Israeli Occupation.

Since Wednesday, Hill has met with a number of Lebanese officials, including Parliament Speaker Nabih Berri and Prime Minister-designate Saad Hariri.

This visit comes in the midst of an unprecedented economic crisis in Lebanon and a political crisis represented by a government vacuum for eight months.

Officials are unable to form a new government due to power struggles within it, and they seem cut off from the reality of citizens.

Hill said Thursday, "The time has come to form a government and not obstruct its establishment, now is the time for comprehensive reform," saying that "those who continue to obstruct the progress of the reform agenda, risk their relationship with the United States and its partners and expose themselves to punitive measures."

The international community requires Lebanon to implement urgent reforms to provide financial support to get it out of the economic collapse.

France had previously hinted at imposing sanctions on some personalities for obstructing the formation of the government.

Last year, Washington imposed sanctions on Lebanese officials on charges related to corruption and cooperation with Hezbollah, which Hill said today "robs the Lebanese of the ability to build a peaceful country."

'Progress' in maritime talks between ....