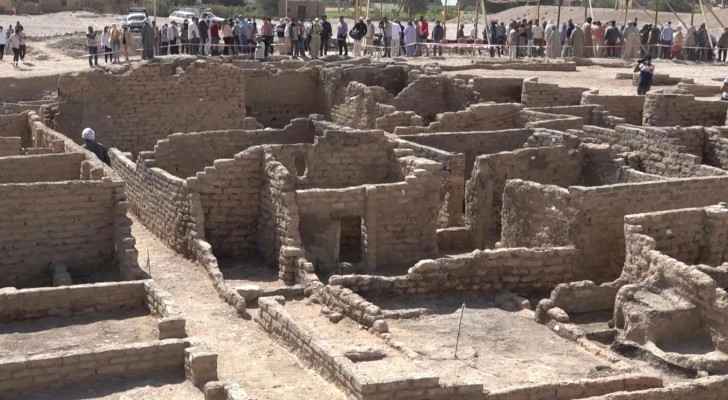 Saturday, Egyptian archaeologists showed off their finds at what they said is the 'largest' ancient city ever found in Egypt, dating back to a golden age of the pharaohs approximately 3,000 years ago.

At the site near Luxor, workers carefully carried ancient pots and showed human and animal remains they dug up from the groud as members of the media toured the site.

Egyptologist Zahi Hawass told reporters, "This is a large city that was lost. It was connected with the god Aton and Amenhotep III."

He continued saying, "We found three major districts: one for administration, one for workers to sleep in and another for industry."

Spaces include workshops for drying meat, making clothes and sandals, and crafting amulets and small statues.

The head of the country's Supreme Council of Antiquities Mostafa Waziri said the site was not limited to buildings.

"We can see... economic activity, workshops and ovens," he said.

"We found one portion of the city only," Hawass told AFP. "The city extends to the west and the north," he added.