Biden promises to withdraw all US forces from Afghanistan by Sept. 11 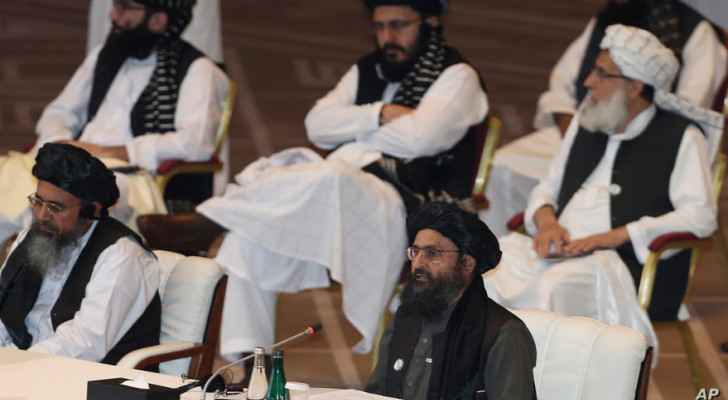 Joe Biden announced Tuesday that he will unconditionally withdraw all US troops from Afghanistan by Sept. 11.

An American official told reporters, "We will begin an orderly withdrawal of the remaining forces before the first of May and expect to remove all American forces from the country before the twentieth anniversary (of the attacks) of September 11," stressing that this withdrawal will be "coordinated" and synchronized with the withdrawal of other NATO forces. North Atlantic.

"We informed the Taliban without any ambiguity that we would respond strongly to any attack on American soldiers during our orderly and safe withdrawal," he added.

The Taliban had recently warned Washington against any exceeding the May 1 deadline, threatening to retaliate with force.

Violence continues on the ground between the Taliban and Afghan forces.

The United States intervened in Afghanistan in the wake of the September 11, 2001 attacks on the World Trade Center towers in New York and Pentagon. The Taliban regime, which was accused of harboring the Al Qaeda leaders responsible for the attacks, and its late leader, Osama bin Laden, was quickly toppled.

At the height of the US military deployment, there were about 100,000 American soldiers in Afghanistan in 2010-2011. Former US President Barack Obama reduced the number to 8,400 men at the end of his second term, which President Donald Trump again increased to 14,000 in 2017.

He later pledged a gradual withdrawal, and now there are only 2,500 American troops left in Afghanistan.

In order to end the longest war in American history that killed more than 2,000 American soldiers, Washington during Trump's term signed a historic agreement with the Taliban in February 2020 in Doha.

The agreement stipulated the withdrawal of all American and foreign forces before May 1, on the condition that the rebels confront the activity of any terrorist organization in the areas they control.

The Pentagon recently questioned the Taliban’s commitment to this matter.

The agreement also stipulated that the Taliban should start direct peace negotiations with the Kabul government.

However, these negotiations have stalled since they began in September and will be revived from April 24 as part of a conference in Istanbul, although the Taliban has not confirmed its participation yet.

The decision came as Turkey announced that it would host the international peace conference on Afghanistan in Istanbul from April 24 to May 4, with the attendance of representatives of the Afghan government and the Taliban.

But the Taliban announced Tuesday that they will not participate in the summit unless all foreign forces leave Afghanistan.

"Until all foreign forces withdraw from our country, we will not participate in any conference during which decisions regarding Afghanistan may be taken," a spokesman for the Taliban office in Qatar said in a tweet.

"We will focus all our efforts on our support for the ongoing peace process, but we will not use the presence of our forces as a quid pro quo," the US official said.

The official warned Tuesday that the withdrawal decided by Biden, who will address this sensitive file on Wednesday, will be "without conditions."

"The president considers that a conditional approach, as was the case in the past two decades, was a reason to stay in Afghanistan forever," he said.

Biden will deliver a speech on Wednesday about the withdrawal of US forces from Afghanistan.

US Secretary of State promises 'lasting partnership' with ....

At least four killed in government bus bombing in Kabul