Suez Canal Authority seizes Ever Given, demands $900 million in compensation 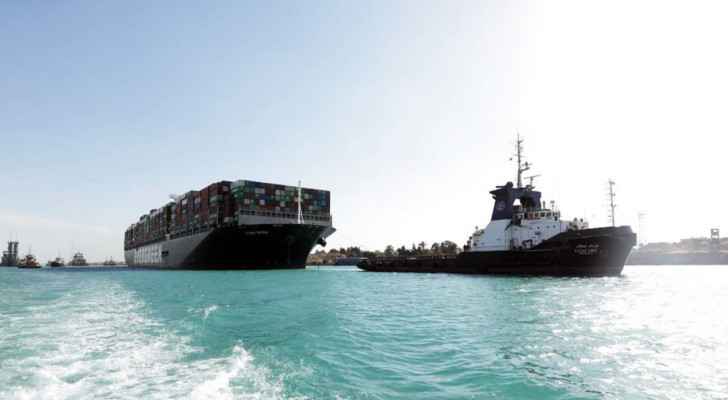 Tuesday, the Suez Canal Authority seized the Ever Given, which ran aground last month in the waterway and disrupted traffic for six days, until the ship's operator pays $900 million in compensation.

The government-owned Al-Ahram newspaper Tuesday quoted Osama Rabie, Chairman of the Authority, that "the Panamanian vessel Evergiven was seized for failure to pay an amount of $900 million."

The newspaper added that the compensation amount included "the value of the losses caused by the ship to the Authority, as well as the flotation and maintenance process, according to a court ruling issued by the Ismailia Economic Court."

March 29, the head of the authority announced "the resumption of navigation traffic in the Suez Canal after the authority's success in rescuing and floating the Ever Given."

The ship ran aground March 23 and stopped in the width of the Suez Canal, disrupting navigation in both directions.

The vessel, 400 meters long and 59 meters wide and with a gross tonnage of 224,000 tons, was on a voyage from China to Rotterdam in the Netherlands.

The disruption of navigation led to traffic congestion in the canal and the formation of a long queue of more than 420 ships.

Egyptian President Abdel Fattah El-Sisi pledged at the end of last month to purchase all the equipment needed by the Suez Canal to face emergency crises.

The Suez Canal is a vital facility of great importance to Egypt, which, according to the authority, lost between 12 million and 15 million dollars of its revenues daily due to the disruption of traffic.

A report by the Allianz Insurance Company indicated that the incident cost the global shipping industry six to 10 million dollars.