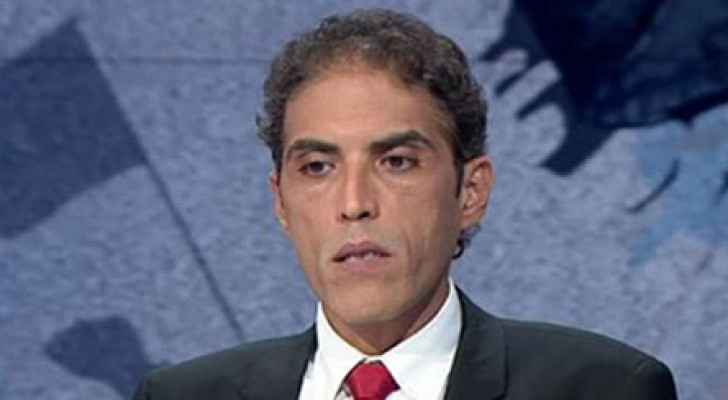 Member of the Board of Directors of the Egyptian Journalists Syndicate, Hisham Younes, told AFP, "Yesterday at five in the evening we were informed by an official that he would be released by order of the Public Prosecutor ... and no charges were brought against him and he was not brought to trial after he remained in pretrial detention for one year and 8 months."

"He went out after midnight and we went to meet him at about one o'clock in the morning," Yunus added.

Daoud was arrested in September 2019, along with a number of opposition figures, who were accused of 'spreading fake news' and 'collaborating with a terrorist group.'

Daoud worked as a journalist for the English-language Al-Ahram Weekly newspaper and assumed the presidency of the Constitution Party for a while, succeeding the party's founder, Mohamed ElBaradei, a Nobel Peace Prize winner and the most prominent opposition figure who played an important role in overthrowing President Hosni Mubarak in 2011.

The prominent Egyptian human rights lawyer Khaled Ali wrote on his official Facebook page, "Praise be to God ... the prosecution decides to release Khaled Daoud and the best Ramadan meal is to find Khaled talking to me and hear his voice in his home."

Ali explained, "Khaled left prison to the National Security Agency, received his car, and took it back to his home ... and he is now with his family."

Egypt ranked No. 166 on the Reporters Without Borders list for the year 2020, which ranks countries according to their respect for press freedom.

According to human rights organizations, there are about 60,000 political prisoners in Egypt, including liberal Islamists, liberals, and leftists. The Egyptian government consistently denies this.