One killed in school shooting in Tennessee 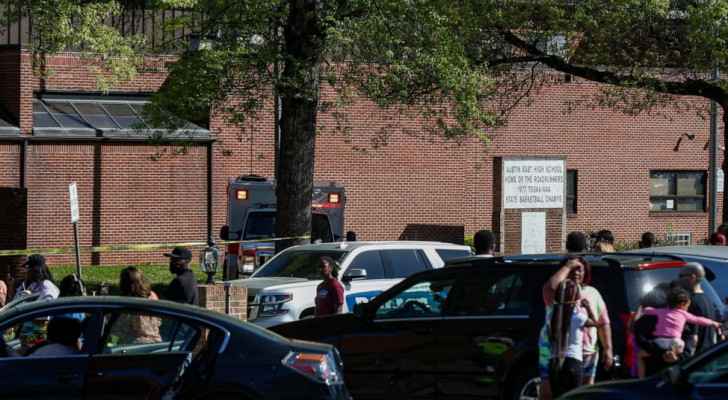 Monday, one person was killed and a policeman was wounded in a shooting incident inside a Tennessee high school, police said.

The Knoxville city police tweeted about "several people being shot dead" at Austin-East Magnet High School, before announcing in a statement that one person had been killed.

Knoxville police said in the statement that police responded to a report about a "man" suspected of possessing weapons inside the school.

Upon approaching the man, one policeman was shot, but his wounds were not life-threatening.

"A man was announced dead at the scene, while another was arrested for further investigations," she added.

City authorities ordered the families to gather at the baseball stadium near the school.

"The school building has been secured and students who have not been affected by the accident have been allowed to leave for their homes and families," Bob Thomas, the superintendent of schools in Knox County, said on Twitter.

Knoxville Mayor India Kinkanon visited the wounded policeman in the hospital and told reporters after his release that he was conscious and in high spirits.

"He will be fine. I thanked him for putting his life at risk in order to protect the students and the school staff," he said.

The United States has witnessed continuous shooting incidents in schools since the Columbine High School massacre in Colorado in April 1999, which killed 12 students and a teacher and wounded dozens.

Monday's shooting in Tennessee comes on the heels of President Joe Biden's proposal to broaden restrictions on weapons acquisitions.

Biden described gun violence as an "epidemic" and "international embarrassment" during a speech he gave on April 8th.

In 2020, there were ten school shootings, despite many classes being conducted online.

Young boy with physical disability achieves dream in being ....