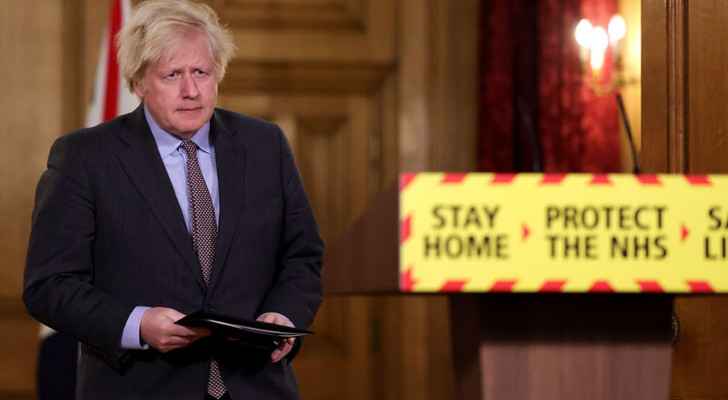 Britain announced Monday that it will have given at least one dose of a vaccine to all citizens over the age of 50 by April 15.

The announcement came hours after the country re-opened after a months-long closure.

Prime Minister Boris Johnson said that the United Kingdom has achieved "another major milestone" after confirming that every person over 50, as well as healthcare workers, will have received a vaccine before the deadline set by the government of April 15.

Johnson added in a statement, "This means that more than 32 million people have received valuable vaccines that provide them with protection against Covid-19," noting that efforts will now focus on giving the second doses and getting all adults to receive the first dose of the vaccine by August.

Johnson hailed the easing of restrictions imposed in the country as "an essential step forward in the road map to freedom," after the opening of outdoor bars and hairdressing salons after a long winter the British spent under closure.

In London bars, the British drank toasts and took pictures to celebrate moments they had longed for.

On Oxford Street, one of London's main shopping streets, shoppers have lined up outside clothing stores since 5 a.m. despite the cold, two hours before non-essential stores reopen for the first time.

All over England, hairdressers are overwhelmed and some had to open their shops in the middle of the night to meet demand.

The country, which imposed a lockdown for the third time in early January, is currently recording fewer than 3,000 cases and fewer than 50 deaths per day.

3,000 COVID patients are currently being treated in hospitals, compared to nearly 40,000 in January.

Health restrictions are also expected to be eased this week in Italy, Ireland, Slovenia and Greece. In Greece, secondary schools reopened on Monday after more than five months of closure.

Al-Hawari: Jordan on track to vaccinate 70 percent of ....

Al-Hawari: Jordan on track to vaccinate ....