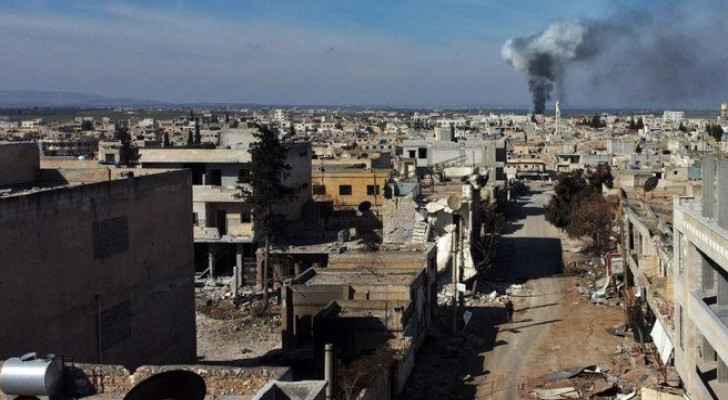 After conducting an investigation, the Organization for the Prohibition of Chemical Weapons concluded that the Syrian Air Force used chlorine gas, a chemical weapon, during an attack on the city of Saraqib in 2018.

The organization announced in a statement that a team of investigators from the Organization for the Prohibition of Chemical Weapons "concluded that units of the Syrian Arab Air Force used chemical weapons in Saraqib on February 4, 2018."

The team of investigators assigned to identify the party responsible for the chemical attacks said they were able to 'reasonably' determine that a military helicopter of the Arab Air Force "struck eastern Saraqib by throwing at least one barrel."

The report pointed out that "the barrel exploded spreading chlorine gas over a wide distance, injuring 12 people."

Despite the objections of Syria and its allies, including Moscow, most of the countries of the Organization for the Prohibition of Chemical Weapons in 2018 allowed the organization to open an investigation to determine the identity of the party behind the attack, and not just document the use of such a weapon.

The Syrian government denies that it was involved in chemical attacks, saying instead that it delivered its chemical weapons stockpiles under international supervision under an agreement concluded in 2013.

One killed, several injured in Israeli Occupation raids on ....