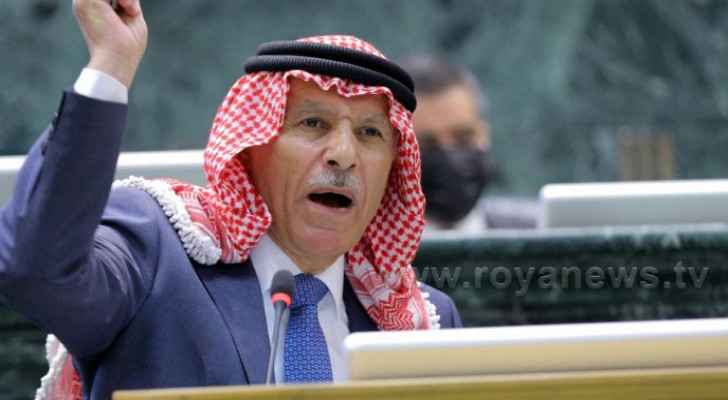 Monday, MP Osama Al-Ajarmah revealed that during a session held by the Prime Minister Bisher al-Khasawneh, some MPs tried to stop the efforts made by the Parliamentary Committee on Public Freedoms and Human Rights to visit to Basem Awadallah, who was arrested April 3, in prison to ensure that Awadallah is still in Jordan.

Ajarmah said he did not know which parties rejected the idea of a visit.

He pointed out that the Freedom committee demanded that Basem Awadallah be presented to the competent court as soon as possible, and that the trial should be face-to-face, to ensure his presence inside the Jordanian territories.

Armouti said that the PM stressed that there is no coup.

"Al-Khasawneh did not bring anything new, and everything he said was published on Arab and international media and then the government [published it]," Armouti said.

Thursday, an official source confirmed that Basem Awadallah is still detained for investigation purposes. The source added that rumors circulating about Awadallah leaving the country are false.

April 4, the Minister of Foreign Affairs and Expatriates Ayman al-Safadi said that the activities and movements of Prince Hamzah Bin al-Hussein, Al-Sharif Hassan Bin Zaid, Basem Ibrahim Awadallah and other persons targeted the security and stability of Jordan.

Increased drug trafficking a result of ....