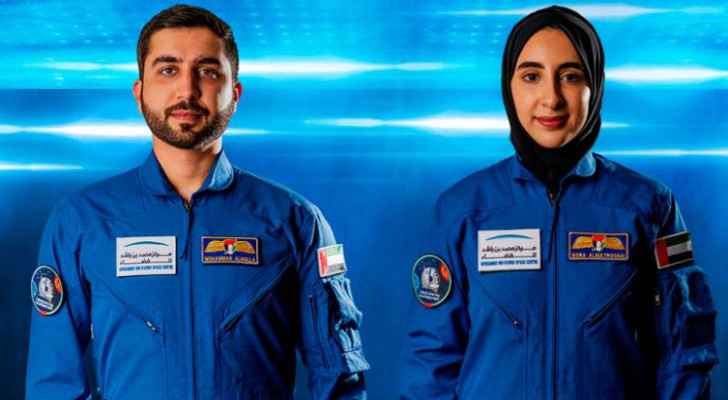 Noura Al-Matrooshi, a 27-year-old engineer was chosen along with 33-year-old pilot Mohammed Al Mulla, out of 4,305 candidates to join the UAE Astronaut Program.

In turn, Matrooshi tweeted "The nation gave me unforgettable moments today. I aim to work hard to script historical moments and achievements that will be etched forever in the memory of our people."

"I thank our wise leadership and the team of the UAE Astronaut Programme. Preparations and work begin now."

The MBR Space Center said in a video that Matrooshi was born in 1993 and holds a bachelor's degree in mechanical engineering from the United Arab Emirates University.

The center wrote on Twitter, “Space was her passion since childhood... Nora AlMatrooshi, the new member of the UAE Astronaut Programme.”
Matrooshi works as an engineer at the National Petroleum Construction Company.

In the video, the center also mentioned the other new astronaut, Mohammed Al Mulla, who was born in 1988 and is a commercial pilot.
He also works as a pilot for Dubai Police, where he is the head of their training division.

Matrooshi and Mulla will train with NASA for future space exploration. NASA tweeted "Congratulations to @Astronaut_Nora and @Astro_Almulla! We look forward to training with you here in Houston."