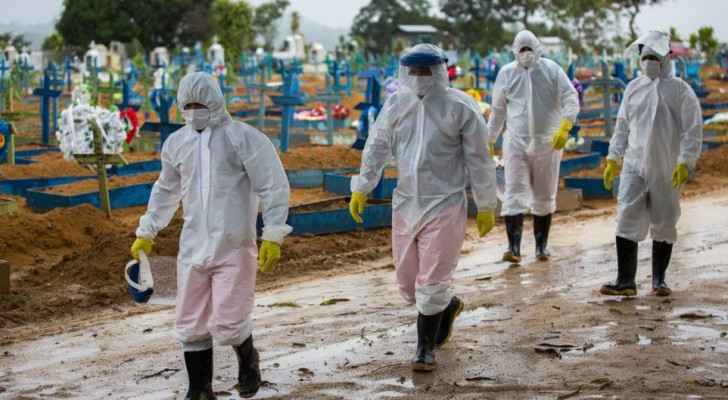 Over half of Brazil's COVID-19 ICU patients are under the age of 40, according to a researcher Sunday.

Aderlon Resende, a health program coordinator for the Brazilian Association of Resuscitation Medicine, announced that the number of people with the coronavirus aged 39 years and under in intensive care units rose in March significantly to more than 11,000, or 52.2 percent of the total patients in those departments.

The percentage of occupants of intensive care beds under the age of 40 was 14.6 percent in the first months of the virus outbreak, and about 45 percent between September and February.

"Previously, this group often showed a less severe form of the disease and did not need intensive care. So the increase in this age group is very large," said Riesendy.

The expert explained that various factors could be behind this rise.

From this, the number of patients over the age of 80 in intensive care departments decreased from 13.6 percent to 7.8 percent in March, and a large part of this age group received vaccines against the coronavirus.

Young people also expose themselves more to the virus, whether they are forced to leave homes to work or because they think they are less affected by it, according to Ederlon Resende.

Another possible factor is the Brazilian mutated version known as "B1,' and experts say it is behind the spike in the number of deaths of people with corona in Brazil during March.

The data indicate that P1, which can infect those who were previously infected with the original version of the virus, may be more deadly, according to Ederlon Resende.

The doctor told France Press that "the patients who arrive at the intensive care departments are younger, have no history of disease, and show more severe symptoms."

The number of patients in intensive care units without a history of illness increased by about a third in March, to 30.3 percent of the total.

The proportion of patients requiring ventilators reached a record 58.1 percent in March, according to project data.

Brazil recorded more than 66,500 COVID-19 deaths in March, more than double the deaths during the worst previous months, July 2020.

In all, the pandemic has killed 351,000 people in the country of 212 million, the second highest in the world after the United States.