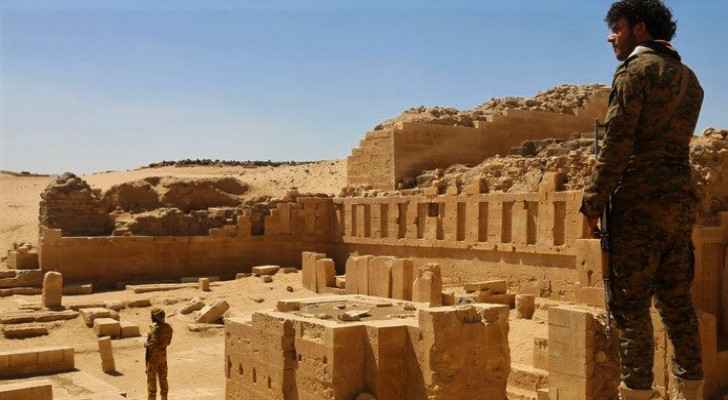 Battles raged Friday near the Yemeni city of Ma'rib, the last stronghold of the recognized government in northern Yemen, where 53 fighters, including 22 of the pro-government forces, were killed in the past 24 hours, according to military officials.

Officials in the government forces told AFP Saturday that the fighting was focused on the Al-Kasara and Al-Mashjah fronts, northwest of the city, 120 km east of the capital, Sanaa, after the Houthi rebels attempted to make progress.

For more than a year, the Iranian-backed Houthis have been trying to take control of the city of Ma'rib, in an oil-rich province, with the aim of getting their hands on the entirety of Northern Yemen.

After a period of calm, on Feb. 8,  the Houthis resumed their offensive against government forces backed by a Saudi-led military coalition.

Military officials stated that the fighting raged in the past hours, announcing the killing of 22 government forces, including 5 officers, and the wounding of dozens, in addition to the killing of 31 Houthi rebels.

It is rare for the Houthi rebels to announce their losses.

The coalition fighters carried out raids on Houthi sites to support government forces in repelling Houthi attacks, according to officials.

The Houthis seek to control Ma'rib before entering into any new talks with the recognized government, especially in light of US President Joe Biden's administration pressure to push for a political solution.

The Houthis' control of Ma'rib would deal a heavy blow to the government, as they would thus control all of northern Yemen.

The conflict in this country since 2014 has killed tens of thousands and displaced millions, according to international organizations, while nearly 80 percent of Yemen's population of 29 million have become dependent on aid as part of the largest humanitarian crisis in the world.

At the beginning of last March, the United Nations Development Program warned that famine could become "part of Yemen's reality" in 2021, after a donors ’conference pledged to provide less than half of the funds needed to continue aid programs in the war-ravaged country.

More than 100 countries, destinations and donors participated in the conference, which was hosted by Sweden and Switzerland on Monday. The United Nations was asking for 3.85 billion dollars, but the pledges ultimately amounted to only 1.7 billion dollars during the hypothetical meeting.

The city of Ma'rib, located about 120 kilometers east of the capital, Sanaa, where the rebels have imposed their control since 2014, remained untouched by the war at its beginning, but nearly a year ago, battles approached it, especially this month.

According to the UN Security Council, the battle for Ma'rib "exposes one million internally displaced persons to a great danger and threatens efforts to reach a political solution, at a time when the international community is increasingly uniting to end the conflict."

Despite the air strikes, Houthi losses, and international calls to stop the battle for Ma'rib, the rebels are continuing their offensive and "daily making more progress aimed at bringing it down," according to military officials.

The location of the small city is considered important not only because of its proximity to Sana'a, but also because it is considered a stepping stone towards the southern and northern regions alike, thanks to the main crossroads.

Between 20,000 and 30,000 people lived in Ma'rib before the outbreak of the conflict in 2014, but its population doubled to hundreds of thousands after displaced people from all regions of Yemen sought refuge there.

Millions of Yemenis threatened by ....