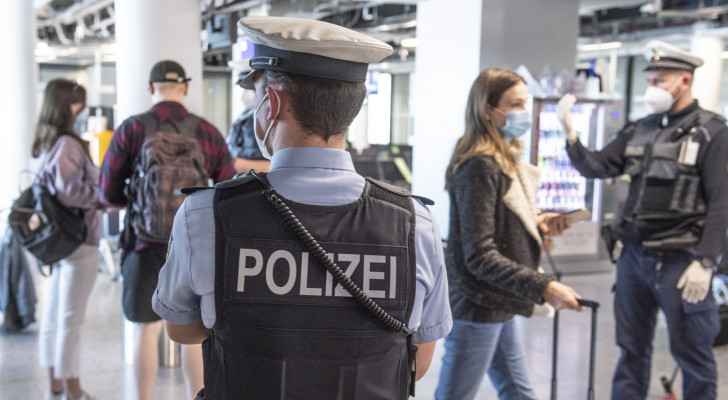 The German government intends to adopt a project aimed at tightening health legislation to combat COVID-19 in order to be able to impose measures that include various parts of the country, a spokeswoman said Friday.

This amendment aims to overcome the resistance at the regional or local level, if necessary, while the country is witnessing a third wave of the pandemic.

Ulrike Demer, a spokesperson for the chancellery, told reporters, "Germany is still gripped by the epidemic and the number of cases continues to rise, as does the number of patients in intensive care, and the country is in the midst of the third wave."

"Accordingly, the federal and state governments agreed, in consultation with parliamentary groups in the Bundestag, to amend the Infection Protection Act and regulate the restrictions imposed on a single federal basis," she added.

She explained that "the goal is to establish unified national rules," noting that the amendment will be presented to the Council of Ministers Tuesday.

This comes as the government and the prominent provinces have shown for several weeks division and procrastination in managing the health crisis.

Angela Merkel has been calling for months to take a tough stance on restrictions, but recently she was forced to backtrack a bit in the face of the dissatisfaction of part of public opinion and the regions.

The regular and lengthy sessions of negotiations between the chancellor and the 16 provinces, imposed by the federation rules, recently came to an end.

In mid-March, everyone was upset by the long rounds of negotiations that resulted in decisions, especially the mini-lockdown at the end of the Easter week that was canceled after 48 hours.

Merkel also attacked the leaders of the regions, who, she said, did not respect the decisions taken in consultation. She hinted at a more aggressive interference by the central authority in health policy, as German laws entrust the management of the health file with the local authorities.

Business owners in Irbid call for reduction of curfew ....

Business owners in Irbid call for reduction of ....

Business owners in Irbid call for reduction of ....

Business owners in Irbid call for ....