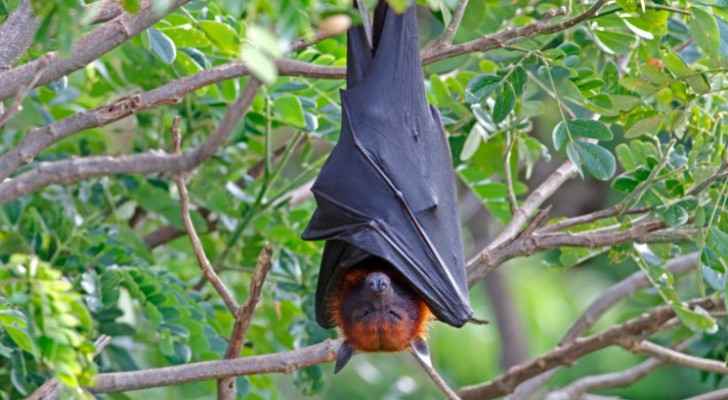 Health authorities in South Australia have called to avoid bats, after discovering a virus that may be transmitted to humans and lead to serious diseases.

They said that the new virus causes a disease similar to rabies, causing convulsions, paralysis, delirium, and even death.

Dr. Louise Flood, from the Infectious Diseases Control Branch at the Ministry of Health and Welfare in Australia, said that two cases of "Australian bat virus" have been confirmed, according to what the British newspaper "The Sun" reported Friday.

The virus is transmitted from bats to humans when the saliva of an infected bat enters the body, usually through a bite or scratch.

She added, "While only one percent of bats carry this deadly virus, the two discovered cases raised concerns about the need to avoid bats and deal with them by trainers and specialists."

Last year, there were nine cases of humans exposed to bats that required treatment.

Dr Mary Carr, from the Division of Primary Health Industries, called on pet owners to keep their animals away from bats.

"If you suspect your animal has been bitten or scratched by a bat, please contact your local veterinarian or the emergency animal disease hotline," she said.