No decision to drop current school year for students in Jordan: MoE

No decision to drop current school year for students in Jordan: MoE 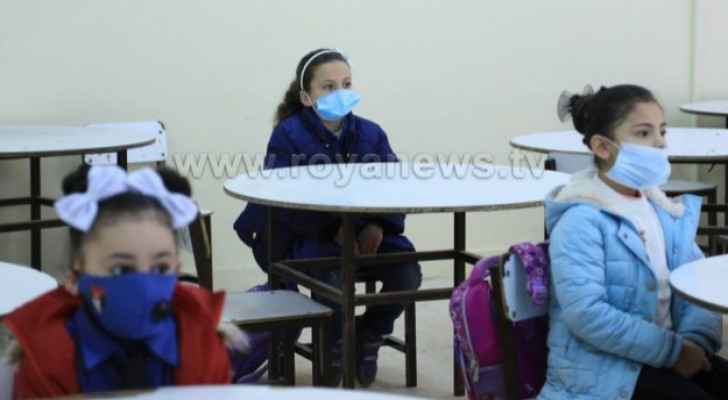 Tuesday, the media spokesperson for the Ministry of Education (MoE) Abdul Ghafoor al-Quraan criticized the statements made by the former Minister of Health Saad Al-Kharabsheh regarding dropping the current school year.

He told Roya’s Nabd Albalad that the Ministry of Education has reached the last third of the current academic year, and has come a long way in distance learning during it, stressing that there is no drop to the current school year for students in Jordan.

Monday, Kharabsheh called on the government to drop the school year for students in Jordan.

On Twitter, he explained that according to the Ministry of Education, approximately 100,000 students did not take part in distance education stressing that this is a good enough reason to drop this school year.

Notably, the Secretary-General of the Ministry of Education for Administrative and Financial Affairs Najwa Qubeilat had previously announced that nearly 100,000 students have not enrolled in the online education platform. She explained that it is due to the lack of equipment and tools needed to participate in distance learning.

Qubeilat added that this prompted the ministry to open computer labs in schools to enable some students to benefit from the online education services, who would not have been able to otherwise.