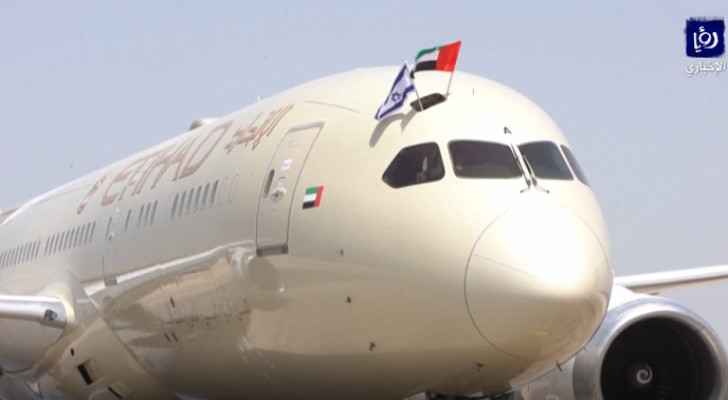 This flight was the latest direct air link between the two, after establishing diplomatic relations in 2020.

According to WAM, the Emirati news agency, Khaja said, "As our countries recover from the COVID-19 pandemic, we have much to look forward to in commercial, diplomatic, technological, health, and tourism exchanges."

Notably, according to Reuters, WAM said "Tuesday it had launched a news service in Hebrew, becoming the first Arab news agency to do so, with its reports focusing in part on bilateral relations between the UAE and [the Israeli Occupation].

Two flights per week will be offered between Tel Aviv and Abu Dhabi, with the UAE recently placing the Israeli Occupation on its list of 'green countries' in terms of COVID-19. This means Israeli Occupiers do not need to quarantine due to the coronavirus crisis.

In a Washington brokered agreement, the UAE and Bahrain both normalized relations with the Israeli Occupation in September 2020.

Mohammed bin Zayed congratulates His Majesty the King on ....