At least 44 killed by flash floods, landslides in Eastern Indonesia

At least 44 killed by flash floods, landslides in Eastern Indonesia 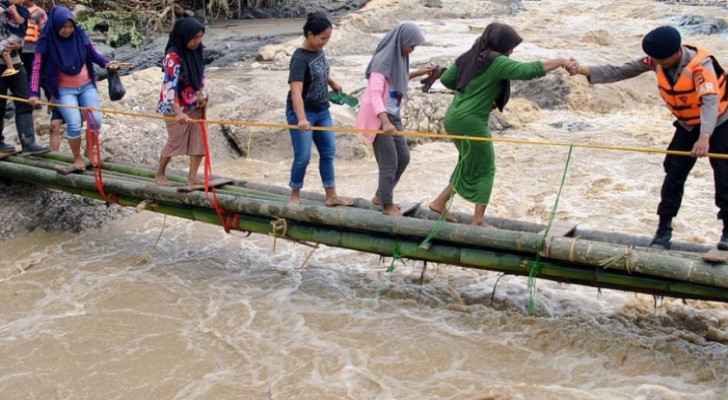 Sunday morning, at least 44 people died after flash floods and landslides swept the island of Flores in Eastern Indonesia.

According to rescue teams, the toll is expected to rise.

“There are 44 people dead with nine injured [and] many … are still under the mud," National Disaster Mitigation Agency spokesperson Raditya Jati told AFP.

Mud destroyed homes, roads, and bridges in the far east of the island. Aid workers are struggling to reach the areas most affected by the rains.

"We are still in the process to determine the total number of injured," the spokesperson added, noting that the bad weather conditions are expected to continue in the coming week.