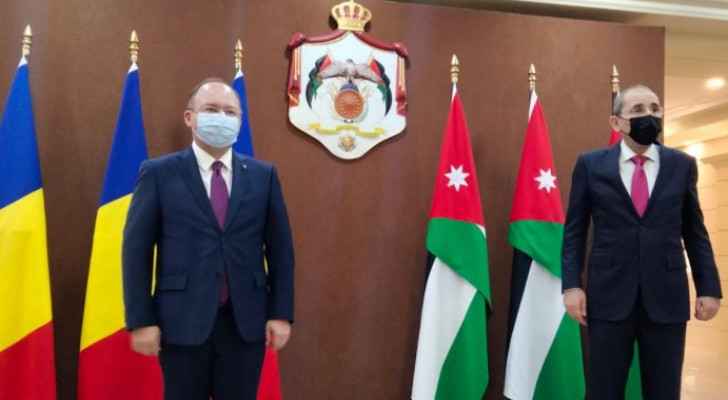 He added that Jordan is based on a strong base of cooperation with Romania, which was established over many years.

Safadi indicated that regional issues were addressed with Aurescu, especially the Palestinian issue, as the his Romanian counterpart emphasized the importance of the two-state solution, and also talked about the Syrian crisis, resolving crises in the region, and achieving prosperity for all peoples.

In turn, Aurescu stressed the importance of the stability of Jordan to the security of the region, expressing the important role that the Kingdom plays in the peace process in the Middle East.

Additionally, Aurescu also stressed that the two-state solution is the only way to end the Palestinian conflict with the Israeli Occupation.

He said that his country is ready to support Jordan in identifying key priorities, developing projects that will build on its economic potential, and promoting development, and that Romania is keen to expand its investments and bilateral trade with the Kingdom as priorities in the agenda of their foreign relations.

Aurescu also indicated that his visit to Jordan aims to further expand sectoral cooperation in several fields such as information and communication technology and medicine.