Washington calls on Israeli Occupation to ensure 'equality' for Palestinians 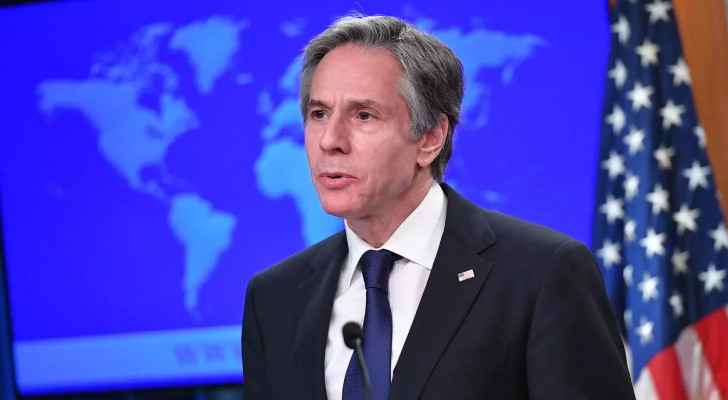 State Department spokesman Ned Price said after the phone call between Blinken and Ashkenazi that the US Secretary of State "stressed the administration's conviction that Israelis and Palestinians should enjoy an equal degree of freedom, security, prosperity and democracy."

He added that the two foreign ministers discussed "humanitarian aid to the Palestinians" after aid was resumed by President Joe Biden's administration after former President Donald Trump had suspended it.

He added that Blinken "reaffirmed the firm support of the United States for Israel and its security," and his commitment to "strengthening all aspects of the US-Israeli partnership."

He also expressed support for the agreements concluded by the Israeli Occupation last year to normalize relations with four other Arab countries.

The call comes while the Israeli Occupation is witnessing an atmosphere of political uncertainty after the Likud party led by Prime Minister Benjamin Netanyahu won the largest number of votes and at the same time failed to secure a majority in the fourth elections within two years.

After four years of pro-Israeli Occupation US policy under Trump, and his recognition of Occupied Jerusalem as the capital of the Israeli Occupation, causing the collapse of dialogue between Washington and the Palestinians, the Biden administration has partially resumed diplomacy closer to international consensus.

The new administration did not retract the decision on Occupied Jerusalem, but it publicly called again for the adoption of a solution based on Israeli Occupation and Palestinian two-state solution that the previous Republican administration had abandoned.

Price said Thursday that the Biden administration considers the West Bank to be "occupied" territory and that Israeli Occupation settlement activity "exacerbates tensions" and "conflicts with efforts to promote a negotiated solution on the basis of two states."