Bahrain to release 126 prisoners in light of protests, coronavirus concerns 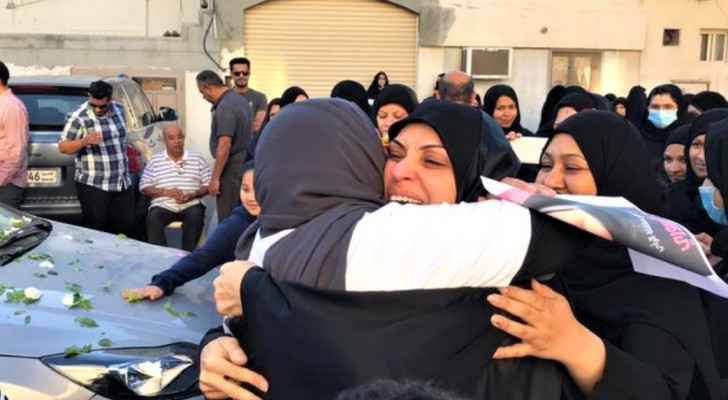 Bahrain announced Friday that it would allow more than 100 prisoners to spend the remainder of their prison term outside the prison, after protesters and human rights groups expressed their concern with the spread of COVID-19 among the detainees.

The Public Prosecution said in a statement that 126 prisoners will serve the remainder of their sentences in an "alternative place" or outside the prisons, adding that those convicted will be subject to electronic monitoring.

Dozens of relatives of prisoners protested Friday on the outskirts of the capital, Manama, amid tight security measures to demand the release of their family members, according to social media accounts verified by AFP.

Bahraini authorities said last week that three people in Jau Prison in the Gulf Kingdom had contracted COVID-19. They added that they are isolated and that their condition is stable.

The official Bahrain News Agency, quoting the Ministry of Interior, later stated that a campaign to vaccinate all prisoners registered with it had been completed.

But according to the London-based Bahrain Institute for Rights and Democracy, dozens of cases of COVID-19 were recorded among prisoners.

The director of the institute, Syed Ahmed Al-Wadaei, said in a statement last week, "If the Bahrain government is serious about tackling the" virus outbreak, "it should be fully transparent rather than downplaying the seriousness of the situation.

Activists say that the maximum capacity of the prison is about 1,200 people, but the number of prisoners, including political opponents, is at least three times that number.

Nabeel Rajab, one of Bahrain's most prominent human rights activists, who was released in June, welcomed Friday's decision. He wrote on Twitter, "May it be a good beginning and a new beginning in which our children return to their families to make up for what they have missed and build their homelands, and wishing that these lists include all inmates without exception."

Since the 2011 protests ended in a bloody crackdown with the help of Saudi forces, opposition parties have been banned and dozens of political opponents have been imprisoned amid international criticism of Bahrain.