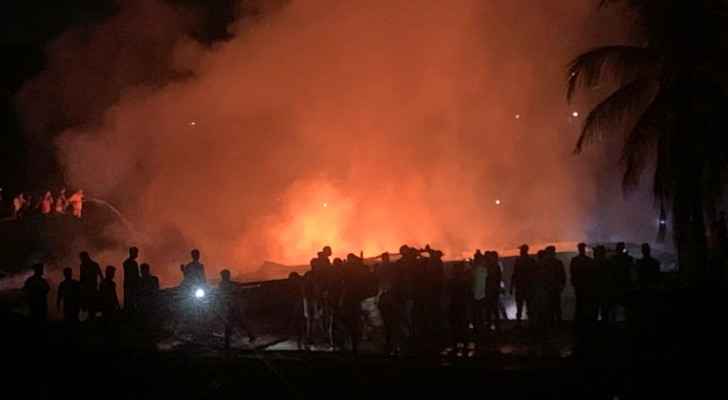 Friday, at least three people were killed after a fire broke out a market at the Kutupalong refugee camp in Bangladesh’s southern district of Cox’s Bazar, according to the police and witnesses.

More than 600,000 Rohingya refugees reside in the Kutupalong camp.

The fire quickly spread to seven nearby stores.

Three young men between ages 13 and 22, who were sleeping in one of the stores, were killed.

The head of the local fire department, Imdad al-Haq, said that the last fire would have been catastrophic had it not been controlled, given that the market is close to tens of thousands of highly inflammable bamboo and tarpaulin shanties where most of the Rohingya live.

Imdad al-Haq stated that five people were sleeping in a clothing store when the fire broke out.

"Two of them managed to escape, but the rest, three of them, were stuck in a bathroom inside the store," he said.

The police believe that the fire was caused by an electrical malfunction.

March 22, another massive fire killed 15 Rohingya and displaced around 50,000 others. Investigations are still underway to uncover the causes of this fire.

In January, a fire swept through Nayapara camp, another Rohingya refugee camp, leaving thousands without shelter.

This has raised concerns about the safety conditions in the camps, where nearly a million Muslim refugees have been living since they fled the military security campaign in neighboring Burma over recent years.

Rohingya face risk of beatings, extortion, and death to ....