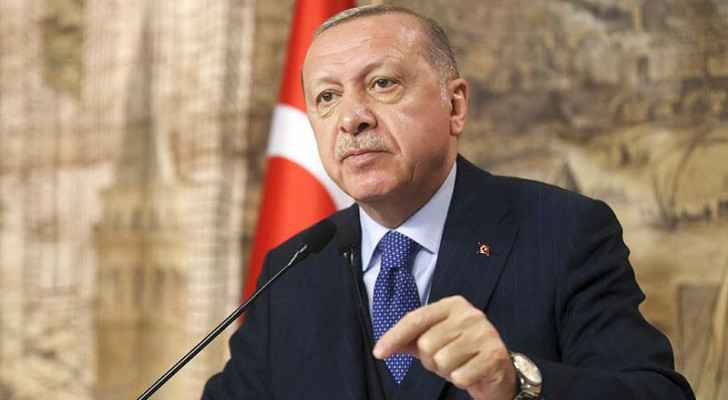 Thursday, Turkey recorded more than 40,000 new coronavirus infections, the highest daily toll in the country since the outbreak of the pandemic.

With 40,806 new infections and 178 deaths, Turkey entered the midst of a third wave of the pandemic, which has officially claimed 31,713 lives in the country of 83 million people.

Health Minister Fakhruddin Kujah said this week that 75 percent of new infections in Turkey are attributed to the British version of the mutated, which is more contagious and deadly.

The increasing number of cases prompted President Recep Tayyip Erdogan Monday to announce tightening of restrictions that had been eased in early March.

Turkish President Recep Tayyip Erdogan announced a complete closure on the weekends during the month of Ramadan, which lasts from mid-April to May.

Restaurants will only open their doors for delivery and take-out services, curbing the conservative president's efforts to revitalize the economy.

The pace of the vaccination campaign in Turkey has slowed after a rapid start. Data indicates that 9.3 million people received one dose and seven million received two doses by Thursday evening.

Turkey has exclusively relied on the Coronavac vaccine produced by the Chinese company Sinovac since its campaign was launched in mid-January.