'The poor are no longer able to eat the manoushe': Lebanon's crisis rages on

Source: No Garlic No Onions 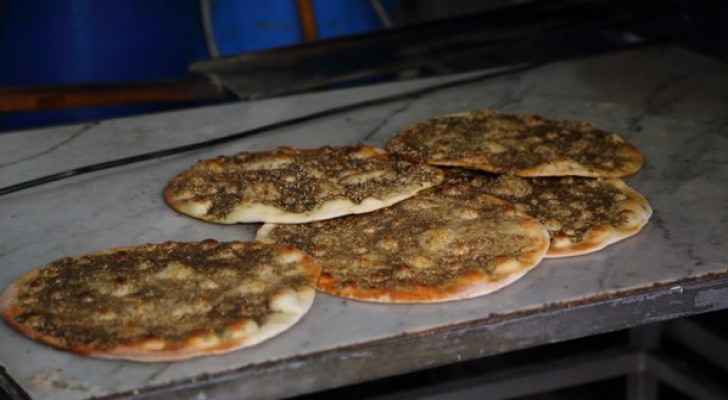 In his small oven on a street in Ras Beirut, Abu Shadi bemoaned the lost "blessing" of manoushe, which is no longer affordable to many Lebanese after an economic collapse that has forced costs to multiply over 500 percent.

"Since 1987 I have been like this in this oven, with blessings and good deeds, but today the blessing has gone and the good are gone," said Abu Shadi.

Abu Shadi, who sings loudly while preparing the manakish, is an animated man, who greets all of his customers with a smile.

However, the sense of humor soon fades away when he is asked about the thyme and its high price.

"Manousheh is like a mother and father to the Lebanese people," he explains at length.

"It's the food of the rich and the poor."

However, in light of the economic collapse that Lebanon has suffered since the fall of 2019, accompanied by a scarcity of liquidity and an unprecedented rise in prices, the purchasing power of the Lebanese people declined sharply. Tens of thousands lost their jobs or part of their income, and many goods and products became luxuries.

"Unfortunately, at this time, the poor are no longer able to eat the manoushe," Abu Shadi says.

Lebanon is witnessing an unprecedented economic and financial crisis, with which the exchange rate of the Lebanese pound against the dollar fell from 1,500 to about 12,000 on the black market.

During more than three decades in which he worked daily in the oven, Abu Shadi, especially on weekends, used to have customers ordering seven or eight manakish for breakfast, but for two months or more he had not seen any of them anymore.

Like many others, Abu Shadi found no choice but to raise prices, after the price of all the raw materials he needed, such as oil, flour, thyme, cheeses, and oven necessities rose dramatically.

He refers to two bottles of oil, saying that their price increased from 86,000 before the economic crisis to 980,000 today, due to the deterioration of the benchmark exchange rate of the lira against the dollar.

"We have not had such days," he said.

After each manoushe is finished, Abu Shadi reduces the fire inside the oven, in order to save gas costs. He laments, for days gone by, when he used to light fires at eight in the morning and not extinguish them before three in the afternoon.

On a refrigerator behind him, Abu Shady hung a list of the new prices, and on a wall near it, an article in French in a wooden frame, saying that a newspaper published it about two years ago praising the flavor and quality of his production.

Abu Shadi's name makes it able to continue despite the crisis, while other small bakeries are forced to close their doors.

"After this age, name and fatigue, I am still steadfast because I work with my own hands ... What I pay to the oven worker, I take it and live with it," he says carefully.