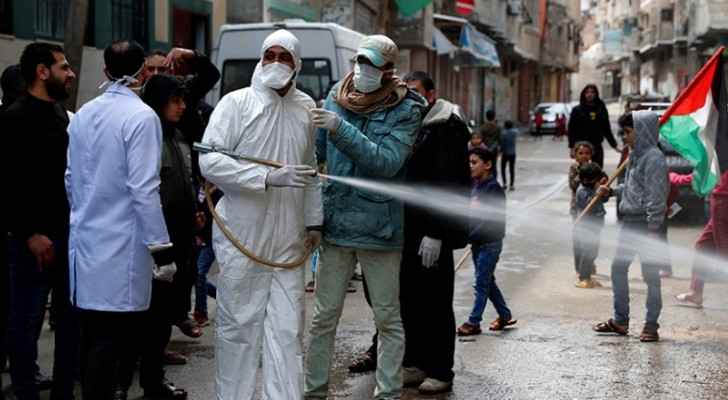 The Ministry of Health in the Gaza Strip announced Wednesday that more than 1,000 cases of coronavirus have been recorded within one day, for the first time in several months.

In recent weeks, Gaza was recording less than 200 cases per day.

The ministry said in a brief statement received by Agence France-Presse that "1061 new infections were recorded, representing 29 percent of the samples examined, amounting to 3651 samples, during the last 24 hours in the Gaza Strip."

Nearly 65,500 cases and 610 deaths have been recorded in Gaza since the beginning of the pandemic.

The Ministry of Health stated that it had "recorded some cases of the British mutation."

"The epidemiological situation in the Gaza Strip is dangerous, and there is a clear increase in infected cases entering hospitals," said Deputy Director of Primary Care at the Ministry of Health, Magdy Dahir.

The ministry explained that the increase in infections "will prompt the adoption of a series of strict precautionary measures to confront the second wave of the virus spread."

The Gaza Strip received a total of 81,600 doses provided by the United Arab Emirates and the Palestinian Authority.

20,663 people have received the vaccine in the Gaza Strip, which has a population of about 2.2 million, according to the Ministry of Health statement.

The Hotels and Restaurants Authority in Gaza said in a statement that "the Ministry of Interior has informed us to stop all activities, workshops, events and gatherings inside all tourist facilities, starting today, Wednesday, due to the increase in the number of people with Corona."

Last Saturday, the Hamas government, which runs the Gaza Strip, imposed a closure starting at 9pm until morning to curb the spread of the virus.

In Ramallah, Health Minister Mai Al-Kaila announced Tuesday that the ministry had received "25,000 new doses of the AstraZeneca vaccine, which is the first batch of the two million doses bought by the Palestinian government."

In statements to the official Voice of Palestine Radio, she indicated "a slight decrease in the number of deaths, and hospital occupancy rates have become less than they used to be, and this is a good sign."

The Palestinian Ministry of Health announced that, as of Monday morning, it had vaccinated more than 69,000 Palestinians with the first dose in the West Bank and Gaza Strip.