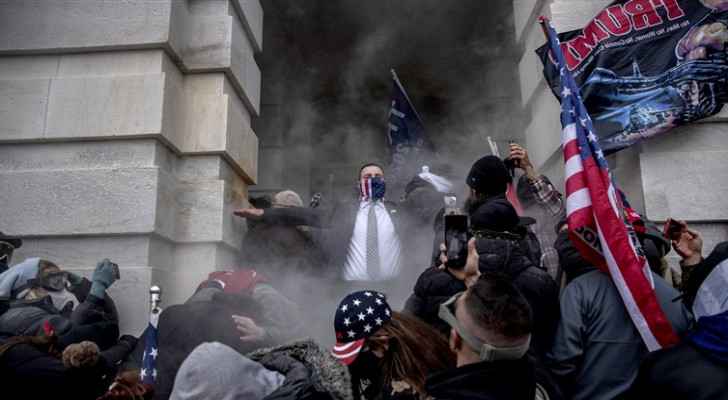 Two members of the Capitol Police filed a lawsuit against former US President Donald Trump Tuesday, accusing him of instigating the attack on Congress headquarters that wounded dozens of security personnel and killed one of them.

Officers James Blassingame and Sydney Hempi said they suffered "physical and psychological injuries" as a result of the riots, which they said Trump had fueled while he was in the last weeks of his presidency.

"Trump's behavior over months to convince his followers of his false accusation that he was being forced to leave the White House due to massive election fraud incited the rebels," the text of the lawsuit filed in federal court in Washington said.

Blassingame, who spent 17 years in the Capitol Police Force, said he sustained injuries to his head and back and suffered psychologically from the events.

The African American officer said he was subjected to racist attacks during the congressional attack by Trump supporters.

Hempi, who has been a policeman for 11 years, suffered injuries to his hand and knee after being crushed at the entrance to the Capitol, and was sprayed on his face and body with chemicals during the attack.

The lawsuit refers to several incidents during which it says Trump encouraged the revolt.

It accuses Trump of directing and instigating the attack and violating public safety rules.

And the two elements demanded compensation of at least $75,000 each, in addition to punitive damages.

Trump to deliver first speech since ....