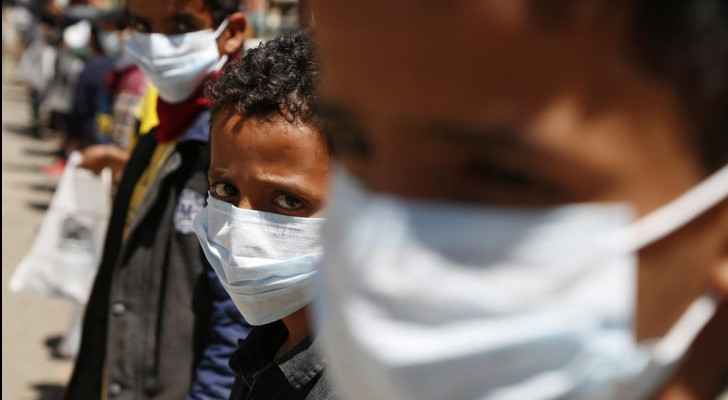 Wednesday, Yemen received its first shipment of anti-virus vaccines, a week after the recommendation to declare a "state of emergency" due to the high number of infections in the country plagued by war.

The country received 360,000 doses of the AstraZeneca vaccine.

The United Nations Children's Fund "UNICEF" said in a statement on its website that the vaccines arrived in the southern city of Aden, the temporary headquarters of the internationally recognized government, and it is "the first batch of 1.9 million doses that Yemen will initially receive during the year 2021."

In addition to the 360,000 AstraZeneca vaccines shipped through the COVAX mechanism, Yemen also received 13,000 vaccine storage boxes and 1,300,000 injections "needed to start a safe and effective vaccination campaign," according to the statement.

Saturday, Doctors Without Borders warned of a "sharp increase" in the number of serious cases of Covid-19 in Yemen, as the war has destroyed many health facilities in a country experiencing the worst humanitarian crisis in the world, according to the United Nations.

About a week ago, the Supreme National Committee to Combat Coronavirus in Yemen called on the government to declare a "state of emergency" after the high number of infections.

"The arrival of the first doses of the Covid-19 vaccine represents critical moments in the fight against the virus in Yemen," said UNICEF Representative in Yemen Philip Douville, after receiving the vaccines in Aden on Wednesday.

A conflict has been raging for six years between the government, backed militarily by the Saudi-led coalition, and the Houthi rebels backed by Iran.

Yemen currently records about 100 daily COVID-19 cases, although experts estimate that the actual number of cases is much higher than the reported figures due to a lack of tests.

Officially, the country of 30 million people has recorded about 3,900 injuries and 820 deaths from COVID-19.

The Houthi rebels, who control large areas of northern Yemen, including the capital, Sanaa, do not report casualties in the areas under their control.