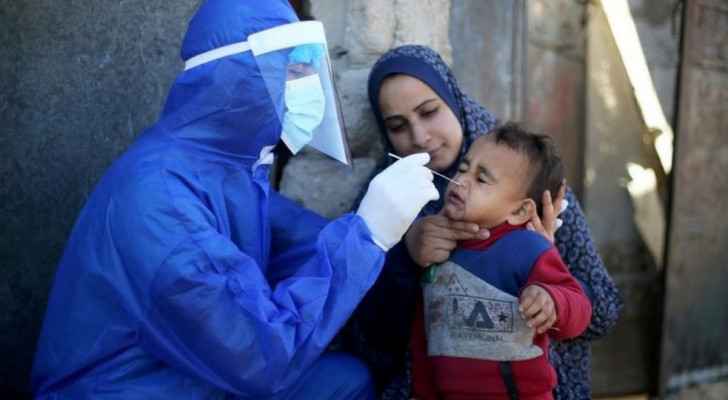 Monday, the Palestinian Authority received 100,000 doses of the Chinese Sinopharm vaccine, donated by the Chinese government.

The amount constitutes the largest batch of vaccines received by the Palestinians since the start of the COVID-19 pandemic in March 2020.

In a joint press conference with the Chinese ambassador to the Palestinian Authority and representatives of the World Health Organization, the Palestinian Minister of Health, Mai Kaileh, announced, "We have received 100,000 anti-virus doses from the People's Government of China (...) that will greatly contribute to accelerating the community vaccination campaign in Palestine."

The Palestinian Authority launched the vaccination campaign nearly two weeks ago, after it received 61,000 doses as part of the global COVAX mechanism to help poor countries.

21,000 of them were transferred to the Gaza Strip.

The first vaccination phase included those over 75, kidney patients, and medical teams.

The Ministry of Health announced that it would start the second phase for those over 60 years of age.

Palestine has suffered from a very high number of cases, with hospitals being fully occupied, but the Minister of Health recently indicated a slight decrease in the number of cases.

The Palestinian Ministry of Health announced that, as of Monday morning, it had vaccinated more than 69,000 Palestinians with the first dose, 48,693 in the West Bank and 20,362 in Gaza.

The number of those who received two doses was 7,638, divided between the West Bank and Gaza.

A debate prevailed in Palestinian society about the nature of the beneficiaries of the vaccines. However, the Palestinian Minister of Health announced in the press conference Monday that a committee from various sectors would follow up the distribution of vaccines to the beneficiaries, to stop what she described as "pandemonium."

Chinese Ambassador Kuah Wei said, "This batch represents a commitment to the promise made by China to make the vaccine a benefit to the world," stressing that it is "full support for the efforts of the Palestinian Authority in its battle against the coronavirus."

The number of cases in the Palestinian territories since the start of the pandemic has reached more than 200,000 in the West Bank and Gaza Strip, of whom more than 2,000 have died.