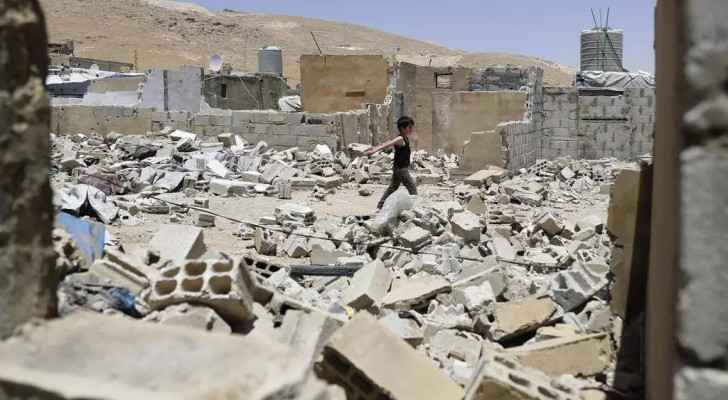 Lebanese Public Prosecutor Judge Ghassan Oweidat Monday asked the Military Court to investigate the accusations of a recent Amnesty International report, which accused security forces of torturing Syrian refugees who were arrested during the past years on charges of "terrorism."

In a report published Tuesday entitled "How I wished I would die", Amnesty documented the violations of the rights of 26 Syrian refugees, including four children, who were arrested between 2014 and 2021 on charges of "terrorism."

Six of them are still in detention.

The report said that the security forces used "some of the same horrific torture methods used in the most notorious prisons in Syria."

The accusations were mainly directed at Army Intelligence.

The National Media Agency reported that Oweidat “asked the government commissioner to the military court to conduct an investigation into what was stated in the Amnesty International report on the arrest and torture of Syrian refugees in cases of terrorism, in support of the provisions of Law No. 65 relating to punishing torture and other forms of cruel treatment."

According to the organization, the methods of torture included "beatings with metal sticks, electric cables, and plastic pipes."

Detainees reported "hanging them upside down or forcing them into stressful physical positions for extended periods of time."

One of the detainees said that he was "beaten on his genitals until he passed out."

The organization also documented the "ill-treatment of two women who were subjected to sexual harassment and verbal abuse in custody."

The detainees were denied a "fair trial," according to the organization, which said that "in many cases, judges relied heavily on confessions extracted under torture."

The security forces arrested the 26 refugees after 2014, a year which witnessed battles between the Lebanese army and fighters from the Al-Nusra Front and Daesh, who infiltrated from Syria and fortified themselves in a mountainous border area.

In the summer of 2017, the operatives of the two organizations left Lebanon following military operations and an evacuation agreement.

"There is no doubt that members of armed groups responsible for human rights violations should be held accountable for their actions, but the flagrant violation by the Lebanese authorities (...) constituted a mockery of justice," said Marie Forrestie, researcher on the rights of refugees and migrants with the organization.

Lebanon estimates the number of Syrian refugees residing in the country at about 1.5 million, about one million of whom are registered with the United Nations High Commissioner for Refugees.