The little engine that could: tugboats speed to Suez Canal to free wedged ship 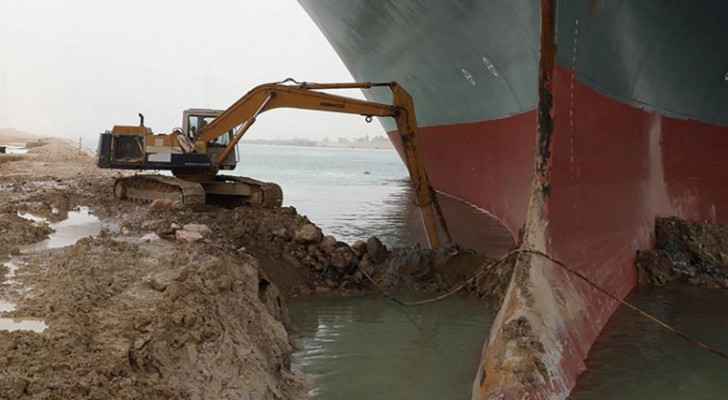 More tugboats headed to the Suez Canal overnight Sunday to assist in dislodging the Evergreen ship that has been wedged in the canal since Tuesday, causing massive disruptions to global shipping.

According to AP News, traffic in the Suez Canal is valued at $9 billion a day, with over 10 percent of global shipping companies using the Suez route.

However, the effects go further than profits: Syria, for example, has already started rationing fuel given the country's low supply.

The tugboats will attempt to prod the 400-meter long Evergreen ship out of its position, after other forms of equipment have failed to do so.

Saturday, the Suez Canal Authority announced that human or technical error is likely the cause of the lodged ship, not weather, as previously reported.

"The wind and the dust storm were not the main reason for the ship’s stranding, but this is what we have now ... and it may be a technical error or a personal error .. all of this will appear in the investigations," Osama Rabei, head of the Authority, said at a press conference in Suez.

He added that he did not believe it was a deliberate accident, but did not know when it would be possible to nudge the ship out of its position.

Read more: Suez Canal Authority says error may be cause of blocked ship