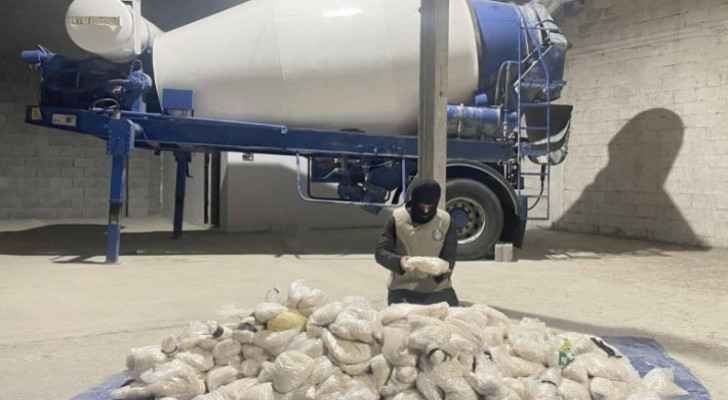 The security authorities in Saudi Arabia announced Saturday that they thwarted an attempt to smuggle 2,500,000 amphetamine tablets hidden inside a ready-made concrete transport truck.

According to what was reported by the Saudi newspaper Okaz, two Sudanese residents and one Jordanian national were arrested in connection to the incident.

The Saudi Customs Authority also succeeded in uncovering an attempt to smuggle 15 million narcotic Captagon pills in the port of Jeddah.