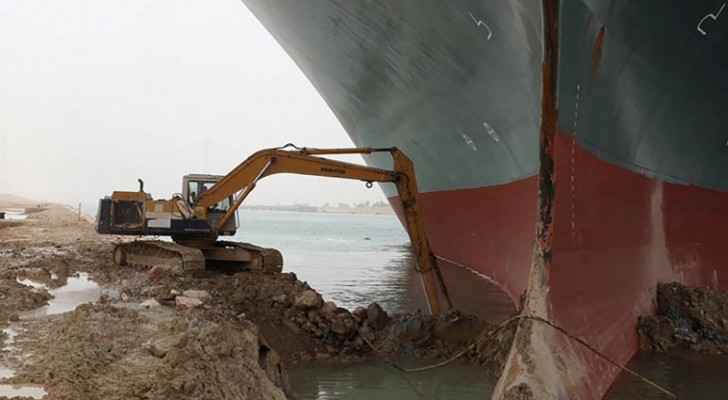 The former director general of Aqaba Ports, marine expert Mohammad Al-Dalabih, said that Jordan was affected, like all countries of the world, from the 'Evergiven', a huge container tanker which ran aground owned by the Japanese company, 'Shoei Kisen Kaisha,' in the Suez Canal.

Dalabih explained in an interview with Roya, that the impact of the tanker crisis is not significant, and the actual impact and accumulation of losses may begin if the ship remains stuck for over 14 days, indicating that losses will be minimal of the tanker is liberated within two days.

With regard to Jordan, Dalabih confirmed that the Kingdom receives three types of tankers, the first of which carries oil and gas, however they are not affected by the closure of the Suez Canal, noting that their path has nothing to do with the canal.

The second type is tankers that carry goods to Aqaba, but all the goods are unloaded at the port of Jeddah, Saudi Arabia.

The third type however, can be divided into two subtypes.

The first constitutes about 70 percent of Jordan's imports, and comes from the Near East and is not affected by the Suez Canal crisis.

But the second category involves goods that are imported through the Suez Canal from the US and Mediterranean. "They are already affected," said Dalabih.

He indicated that the first ship coming from America or the Mediterranean is supposed to arrive in Jordan at the beginning of April.

Al-Dalabih said that among the goods coming to Jordan affected by the closure of the canal, include about 72,000 sheep loaded on board seven ships, part of which have entered the canal and became stuck, while the others await the release of the tanker to enter, pointing out that ships that have not yet entered the Suez Canal can go to Syria or Lebanon, with the second option being to wait.

He warned of the danger of continuing the crisis and waiting for some ships carrying livestock, stressing the need to coordinate with the Egyptian authorities to provide the livestock with adequate food, in a way that would not cause them to suffer.

Dalabih pointed out that the continuation of the crisis is expected to cause a surge in the prices of livestock, especially since the disruption of these ships is reflected in the costs and freight wages.

He explained that the Suez Canal is a transit route for livestock, corn, soy, and wheat to Jordan.

He ruled out that there would be any tankers loaded with wheat that would come to the Kingdom during the next two weeks.

-Is Jordan a beneficiary?-

Dalabih confirmed that Jordan will not benefit from the crisis, seeing as it may cause major congestion at the port of Aqaba.

In turn, the head of the Amman Chamber of Commerce, Khalil Hajj Tawfiq, confirmed, in a statement to Roya, that Jordan will hold an emergency meeting with the Egyptian side to find out the latest developments in the Suez Canal tanker crisis and ways to liberate it. 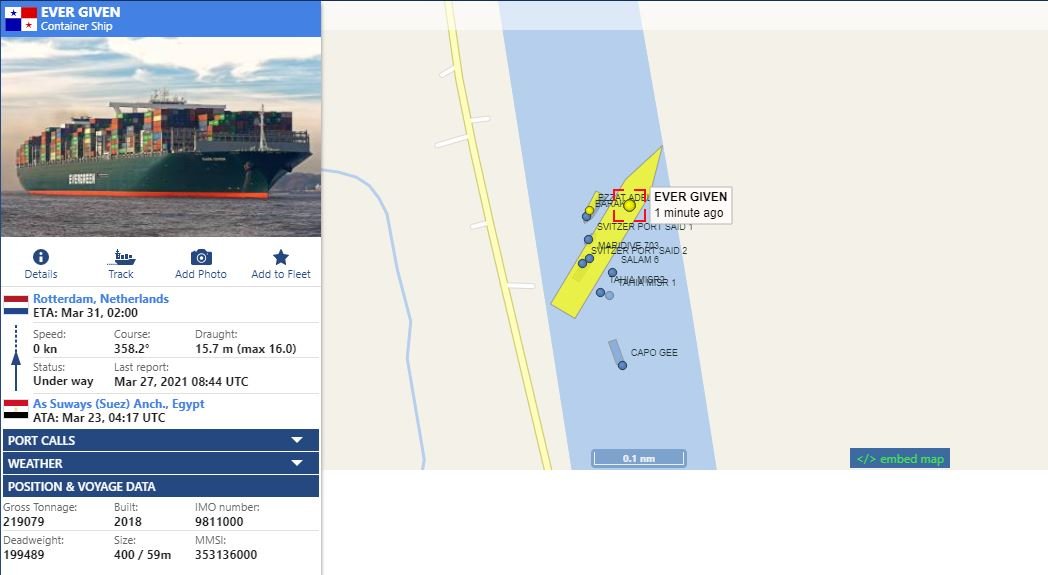 Chicken prices will not change, despite ....