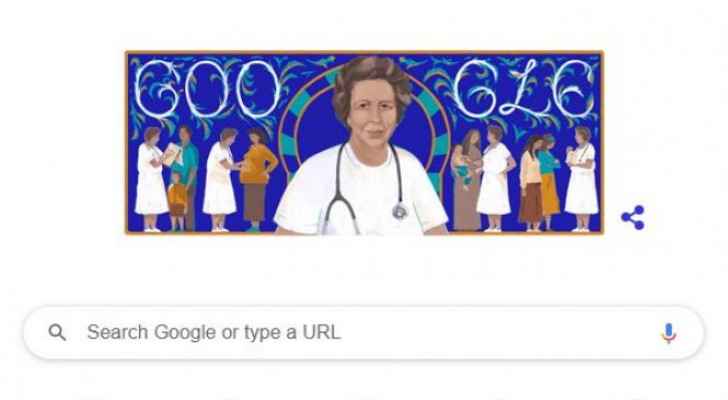 The giant of internet search engines "Google" celebrated Saturday, the memory of the late Tawhida Ben Cheikh, the first female doctor in Tunisia.

Saturday's doodle on the Google logo celebrates Ben Cheikh. Not only was she the first modern physician in Tunisia, but she was also a magazine editor and social activist.

"A feminist pioneer both in and out of the medical field," said Google.

Ben Cheikh was born on Jan. 2, 1909 in Tunis, the present-day capital of Tunisia, at the time a French protectorate. She was supported by her mother and became the first Tunisian female to graduate from secondary school. The sky was the limit for her as she went to break traditional boundaries and earned her medical degree n Paris in 1936 at the young age of 27.

When she returned back to Tunis, Ben Cheikh made history when she opened her own free medical practice, which specialized in gynecology and obstetrics. She then went on to become the head of the maternity department of the city’s Charles-Nicolle hospital in 1955.