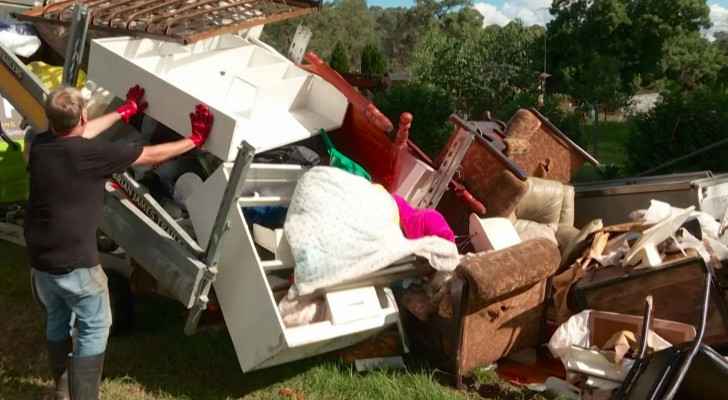 The region has been devastated by widespread flooding brought on by a torrential downpour, inundating towns, destroying farmland and leaving two people dead.

Thursday, David Williams stepped back inside his home in flood-hit Londonderry, to find waters lapping just below his knees and "gut-wrenching" destruction.

"That was pretty heartbreaking," he told AFP. "But we're fortunate that we're able to save a lot of stuff."

Emergency services have responded to over 12,000 calls for help since the disaster struck late last week, rescuing more than 1,000 people from floodwaters.

Wednesday, officers said they had discovered the remains of a 25-year-old Pakistani man trapped in his car in six metres (20 feet) of floodwater in Sydney's northwest.

Just hours later, Queensland police said divers had found a second man dead in a vehicle that was upturned in a river on the Gold Coast.

Flooding has extended to parts of the outback, including Moree where television images showed the inland town split into two by a bursting river Thursday.

Meteorologists have forecast sunshine for most affected areas until the end of the week.

Thousands rally against COVID-19 vaccinations in ....

Floods in Sudan damage thousands of ....