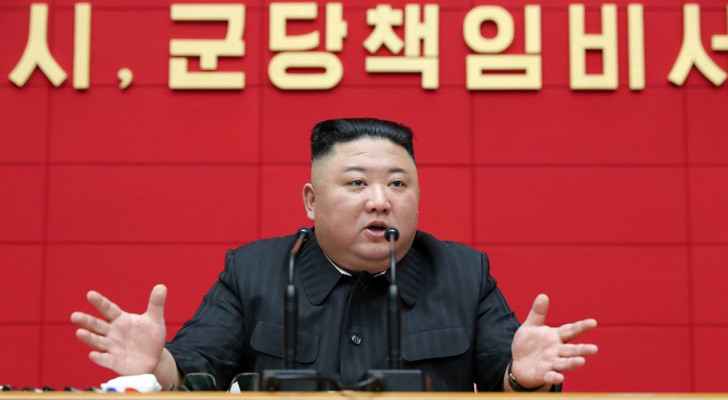 According to Tokyo, confirmed they were ballistic missiles that violate UN Security Council resolutions.

Launching rockets like this is also a challenge to the new US president, Joe Biden.

The launch of the two missiles was announced first in Seoul, where the Joint Chiefs of Staff of the South Korean Army said in a statement that "two unspecified projectiles" were launched into the Sea of Japan, which the Koreans call the "East Sea."

The statement did not specify the type of projectiles, but it clarified that they were launched from South Hamgyeong Province, in the center of Northeast Korea, and they traversed a path length of 450 km and a maximum height of 60 km.

According to the Chief of Staff's statement, the South Korean army subsequently "strengthened the monitoring situation, in close coordination with the United States," South Korea's main ally.

In Seoul, the Blue House, the South Korean presidential palace, announced an imminent meeting of the National Security Council to discuss these developments.

In Tokyo, also an ally of Washington, Japanese Prime Minister Yoshihide Suga confirmed that the two projectiles fired by Pyongyang on Thursday were ballistic missiles.

"This threatens peace and security in our country and the region, and it violates the United Nations resolution," he added.

In fact, the UN Security Council has issued several resolutions prohibiting Pyongyang from continuing its weapons programs in the nuclear and ballistic fields.

Despite the severe international sanctions to which it is subject, Pyongyang has managed to make rapid progress in developing its missile capabilities during the era of leader Kim Jong-un.

It carried out several nuclear tests and successfully tested ballistic missiles capable of reaching the US mainland.

Thursday's launch of these two missiles comes days after Pyongyang launched two short-range non-ballistic missiles over the Yellow Sea, that is, towards China and not Japan.

These two missile launches came after a visit to the region by US Secretary of State and Defense Anthony Blinken and Lloyd Austin to discuss issues of alliance and security in the region, especially North Korea's capabilities in the field of nuclear weapons and long-range missiles, as the North is seen as a central threat.

It was the first missile launch operation since Joe Biden assumed the presidency.

However, US officials later played down the importance of these two missiles, explaining that they are classified under "the natural military activities of the north."

A US official, speaking on condition of anonymity, stated that these two missiles "are not covered by the UN Security Council resolutions regarding the ballistic missile program" of North Korea.

President Biden personally told reporters about the two missiles on Sunday, "This is normal, according to the Department of Defense."

During their visits to Seoul and Tokyo, the two US ministers stressed the importance of denuclearization in North Korea several times.

The high-ranking official said that since the arrival of the new US administration, "it has been carefully presenting its crazy hypothesis about the threat posed by the Democratic People's Korea (DPRK)," the official name of North Korea, and its unfounded words about "complete nuclear disarmament."

Donald Trump's unusual policy toward North Korea initially led to an exchange of insults and threats of nuclear war with Kim Jong Un, and then an exceptional diplomatic honeymoon that marked the Singapore and Hanoi summits between the two leaders.

These relationships ultimately did not lead to progress toward denuclearization of North Korea. The Hanoi summit in February 2019 on the issue of sanctions relief demanded by Pyongyang in exchange for disarmament measures failed.

Yu Huyol, a professor of North Korean studies at Korea University, told AFP that the launch of the two missiles on Thursday "signals the start of pressure from Pyongyang on Washington to hold nuclear talks."

US officials said that the Biden administration, since assuming power, have tried to contact Pyongyang several times through various channels, but have not received a response.