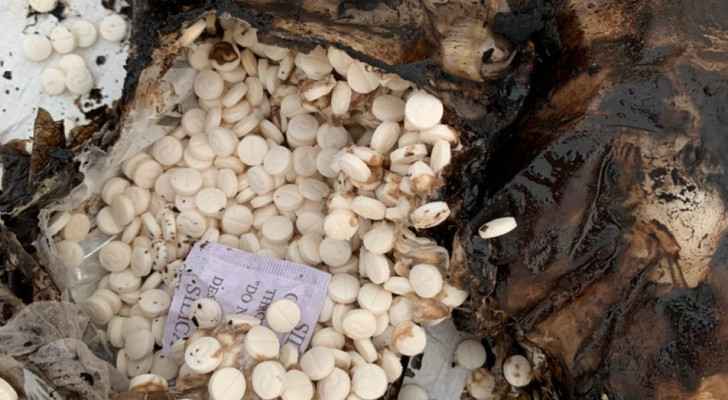 The Jordanian Armed Forces (JAF) in cooperation with the Anti-Smuggling Directorate destroyed a vehicle that was carrying a huge amount of narcotic substances as passengers attempted to smuggle them from Syrian lands into Jordanian lands, said an official military source in the JAF Tuesday.

The vehicle was carrying 765 kilos of Hashish, 3.28 million pills of fenethylline (captagon) and firearms.

All were seized and given to the competent authorities.

The source added that the rules of engagement were applied and both individuals retreated back to Syria. The military source added that other quantities of narcotics were destroyed after the vehicle caught fire as a result of the encounter.

The source affirmed that Jordan deals firmly and decisively with any infiltration or smuggling attempts in order to protect the borders and arrest those who tamper with national security.