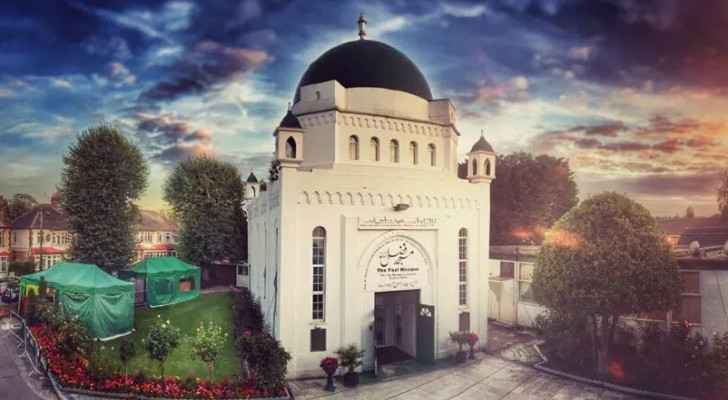 Also known as the London Mosque, it is the first purpose-built mosque in the nation's capital, opening on Oct. 23, 1926 in Southfields, Wandsworth.

There have been concerns that ethnic communities in the UK are more hesitant to get vaccinated, however, clinical lead Laura Quinton, said these rates are improving because "for every person we vaccinate in a hard to reach group they tell two or three other people and then the word spreads."

The center opened on the day the UK marked one year since the start of its first coronavirus-related lockdown, which staff and community members marked with a minute's silence at the mosque at noon local time.

Since then, 126,000 people have died -- one of the world's worst death tolls due to the pandemic.

The "National Day of Reflection" saw the silence observed in parliament and across the UK at noon followed by bells ringing to mourn the dead and honour those working in the frontline such as health workers.

At 8:00 pm, members of the public are being encouraged to stand on their doorsteps with lit phones, candles and torches to signify a "beacon of remembrance"

Belbisi explains reason behind increase in number of COVID ....