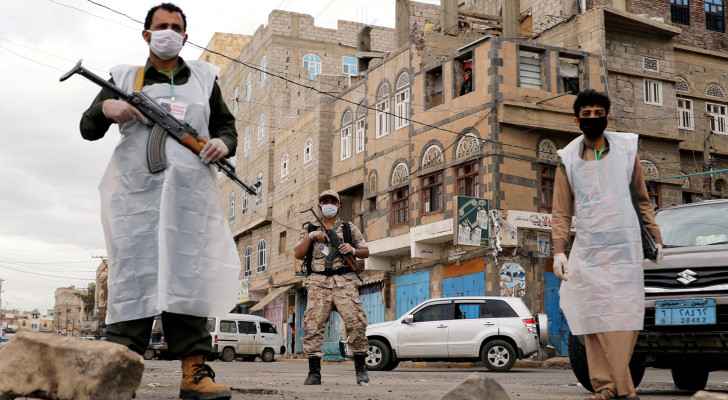 The Supreme National Committee to Combat Coronavirus in Yemen called on the government Tuesday to declare a "state of emergency" after a spike in infections in the war-torn country.

The commission announced that 238 cases had been recorded in the past two days with the virus.

In a tweet, the committee called on the Ministry of Health to "declare a state of health emergency in all governorates, raise readiness in health centers and hospitals, and provide protection tools for medical staff, medicines and necessary supplies, in anticipation of the possibility of a second wave of the Corona pandemic."

The committee called on "citizens to adhere to preventive measures and precautionary measures to prevent the dangers of the coronavirus, wearing masks in crowded places and staying away from gatherings."

The committee is affiliated with the internationally recognized government that has Saudi support and has been fighting the Iran-backed Houthi rebels since 2014.

The Houthi rebels, who control large areas of northern Yemen, including the capital, Sanaa, do not report casualties in the areas under their control.

The United Nations had warned since the beginning of the pandemic of a "major disaster" in Yemen in the event of an outbreak of the virus.

After six years of fighting, Yemen is witnessing a collapse in its health sector, while more than 3.3 million displaced people live in schools and camps where diseases such as cholera are spread due to the scarcity of clean water.

The conflict had escalated with the intervention of Saudi Arabia at the head of a military coalition in March 2015 to support government forces in the face of the Iran-allied rebels.