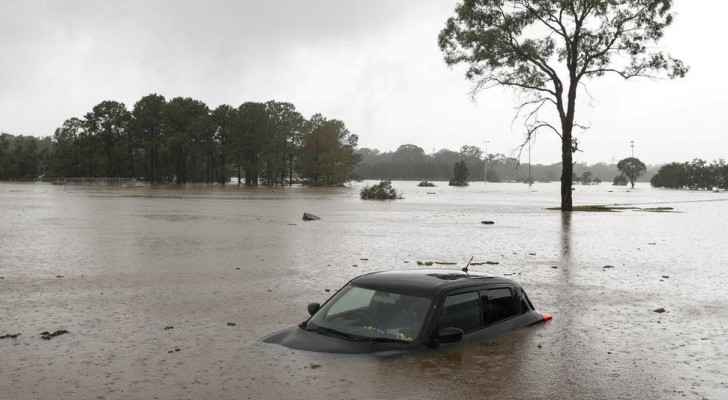 Much of the coastal areas of New South Wales, the most populous state in the country, are flooded, including parts of Sydney that have not seen a rise in water levels in decades.

"The damage is unbelievable," says Martin Clark, a Port Macquarie cafe owner, after all of the electrical equipment he uses in the cafe sank in meter-high water.

Aerial footage captured in some coastal areas showed rows of houses partially submerged with water, with some cities experiencing three months of rain in just a few hours.

In some cases, the paramedics used the boats of the marine relief teams to help the victims.

No deaths were reported and no person was seriously injured.

On Monday, eight million people were called on to avoid unnecessary movements and work from their homes if possible. Some areas recorded 250 mm of rain within 24 hours.

"The water keeps rising. It's terrifying," said Joe Dunstan, a flower shop owner in Windsor, a suburb of Sydney.

The situation is completely different than it was in late 2019, when this region faced unprecedented forest fires and restrictions on water use due to a prolonged period of drought.

New South Wales Prime Minister Gladys Perejiklian said that 18,000 people had received a recommendation to evacuate their homes, and that a state of natural disaster had been declared in 38 districts.

"I don't know when historically we have faced such a series of extreme weather events in the midst of a pandemic," she added.

Emergency services have received at least 8,800 calls for assistance since the start of the crisis and have provided assistance to hundreds of people.