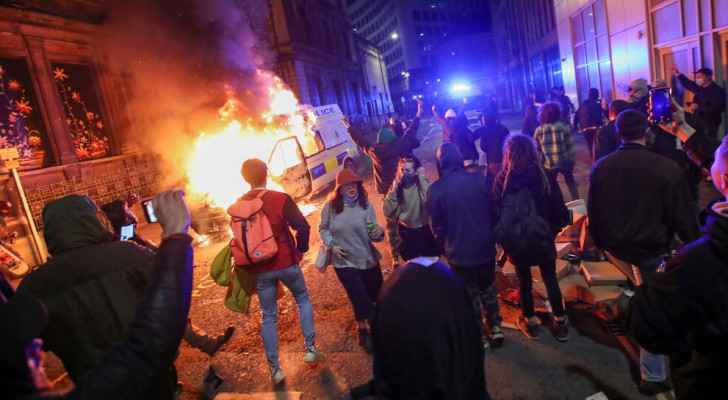 "Horrendous scenes in Bristol," said the head of the England and Wales police federation John Apter.

On Twitter, Apter wrote, "Number of officers badly injured, police vehicles damaged and a police station under attack. This is not protest, it's just mindless violence."

Clashes erupted following a rally against the new "Police and Crime Bill," a bill drawn up by the government to grant the police greater powers to crack down on disruptive protests -- when hundreds of protesters converged on a local police station.

During the protests, two police vehicles were set alight, and significant damage was caused to a police station. Additionally, one police officer suffered from a broken arm and another suffered broken ribs, reported the authorities.

The Biritsh Minister of Interior Priti Patel condemned the clashes, calling them "unacceptable".

A local MP from the opposition Labour Party, Darren Jones, described the scenes as "completely unacceptable. You don't campaign for the right to peaceful protest by setting police vans on fire or graffitiing buildings."

Mass gatherings are currently banned in England due to coronavirus restrictions.