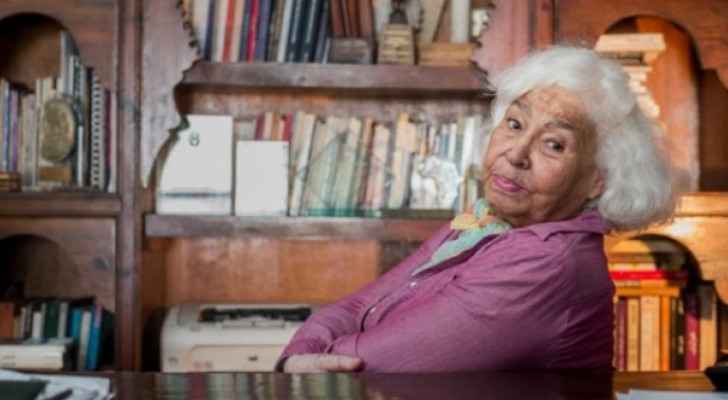 The legendary Egyptian feminist writer, novelist, and doctor Nawal El Saadawi died Sunday, after a struggle with undisclosed illnesses at the age of 89.

According to local media reports, El Saadawi was recently exposed to a health crisis, and was transferred to a hospital.

Al-Ahram newspaper quoted Mona Helmy, Nawal El-Saadawi's daughter, as saying a few days ago that her mother had difficulty swallowing food, and as a result, she had to install a tube in the stomach to facilitate nutrition.

El-Saadawi is considered one of the most important Egyptian and Arab women writers, and she is the recipient of a number of prestigious international awards.

Moreover, the pioneering Egyptian doctor, feminist and writer spent decades sharing her own story and perspectives in her novels, essays, autobiographies and eagerly-attended talks.

However, in daring to speak up, she was also subjected to outrage, death threats and imprisonment.

"She was born with fighting spirit," Omnia Amin, her friend and translator, told the BBC in 2020.