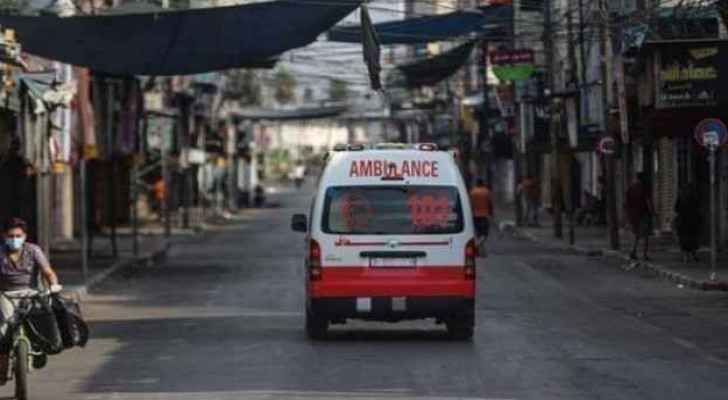 As the Israeli Occupation pushes ahead with one of the world's most intense coronavirus vaccination campaigns and normality slowly returning, nearby Palestinians without access to coronavirus vaccines are flooding hospitals already at breaking point.

"We have reached the red line," said Palestinian Minister of Health Mai Al-Kaila, adding that the "alarm has been rung in Palestine, the epidemiological situation is very dangerous."

In the occupied lands, the Israeli Occupation has vaccinated over 4.5 million people, which is nearly 46 percent of their total population. They have been fully inoculated against the virus using the Pfizer-BioNTech vaccine.

The Israeli Occupation is gradually returning to a 'normal life', all while reopening hotels, restaurants, bars and cafes.

This is in stark contrast to the Occupied West Bank, where aside from medical staff and some 90,000 workers with permits to enter the Israeli Occupation, only a handful of the 2.8 million residents have received vaccines.

Wednesday, the Palestinian Authority (PA) took delivery of 60,000 Pfizer-BioNTech and AstraZeneca vaccines via the COVAX coalition.

However, their arrival comes as hospitals battle to treat a flood of coronavirus patients. In the emergency department of the Ramallah medical complex, an eight-year-old girl with coronavirus struggles with her oxygen tube. Close by, a man in his sixties watches from a resuscitation room as other patients groan in their beds.

The ward is heavy with foul air.

The emergency unit is swamped, therefore authorities have started to equip three large caravan trailers outside to cope with the influx of patients.

"Sometimes, because of the coronavirus crisis, we have to wait for one of the patients to die in the hospital so we can transfer another one into the emergency room," said a hospital official.

The situation is echoed across Palestine.

When the Israeli Occupation launched its vaccination campaign December, rights groups such as Amnesty International and Palestinian officials urged it to extend the vaccines to the West Bank.

However, the Israeli Occupation refused, arguing it had no obligation to provide vaccines because health responsibilities fall to the PA.

The Director General of the Office of the Palestinian Minister of Health and Director of Prevenative Medicine Dr. Ali Abed Rabbo, noted of the illegality of the PA having to fend for itself in a global race for the vaccine as an occupied state.

“This is one more example of the Israeli [occupiers] violating their responsibility,” said Abed Rabbo, referencing a multitude of UN resolutions.

To him, the law is clear: the Israeli Occupation, as the occupying state, must ensure the health and wellbeing of Palestinians, and that includes offering them a vaccine.

It seems international law would agree. According to the Fourth Geneva Convention, “To the fullest extent of the means available to it, the occupying power must ensure sufficient hygiene and public health standards, as well as the provision of food and medical care to the population under occupation.”

Of course, as Abed Rabbo made clear, the violation of these laws is not new: the Israeli Occupation has known them for 72 years, and has actively disregarded its responsibility to Palestinian livelihood for just as long. It’s why Tel Aviv is known for its innovative medical advancements, and besieged Gaza City, seventy miles south, has had a medical sector on the verge of collapse far before the coronavirus crisis.

Thursday, the number of daily cases in the West Bank, home to 2.8 million Palestinians, slightly exceeds that of the whole of the Israeli Occupation, with a population of nine million, therefore pushing Palestinian hospitals to a breaking point.

The PA said this week the health system was 100 percent full and a new wave of sick patients was exceeding its ability to cope.

In the West Bank, more than 156,000 coronavirus cases have been recorded, including 1,745 deaths.

At the Dora hospital in Hebron, a large city in the south of the West Bank, medical director Mohammed Rabei said he was overwhelmed.

The hospital usually has a capacity of 60 beds, but staff have squeezed in more to increase it to 80. But the number needing hospital beds continues to rise, Rabei said.

"We must find other solutions" to treat critically sick patients with coronavirus, Rabei told AFP reporters.