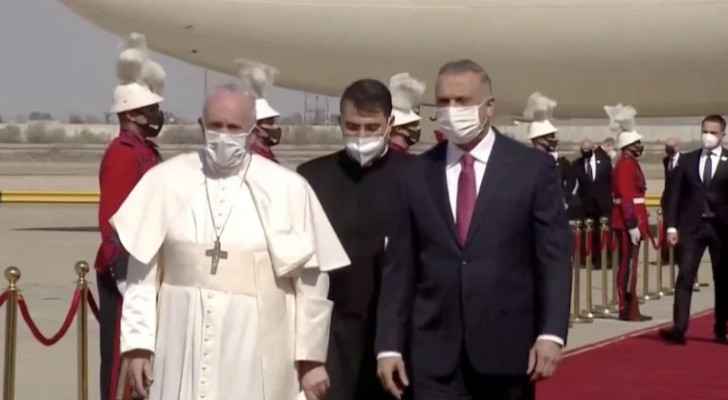 Wednesday, Iraq recorded 5,663 new infections of coronavirus, a record number which comes just two weeks after the Pope's historic visit to the country.

Despite this noticeable increase in the number of cases, the authorities began easing the health restrictions that were imposed weeks ago.

Iraq, a country of 40 million people, suffers from a shortage of medicines and doctors, and a deterioration in health services and hospitals.

The Ministry of Health confirmed that it conducts about 40,000 examinations to detect cases daily, which is a small number compared to the millions of residents living in large cities with high population density.

In addition to the shortage of medical equipment needed to treat patients who often prefer home medication to hospital admission, Iraq has so far only received 50,000 doses of the Chinese Sinopharm vaccine, received on the eve of Pope Francis' visit.

The government intends to purchase 16 million additional doses of various vaccines, but with the 2021 budget not yet approved in Parliament, no funds have yet been allocated for this purpose.

Between March 5 and 8, Pope Francis paid a visit to Iraq during which he toured different parts of the country and performed prayers in the presence of hundreds, and sometimes thousands.