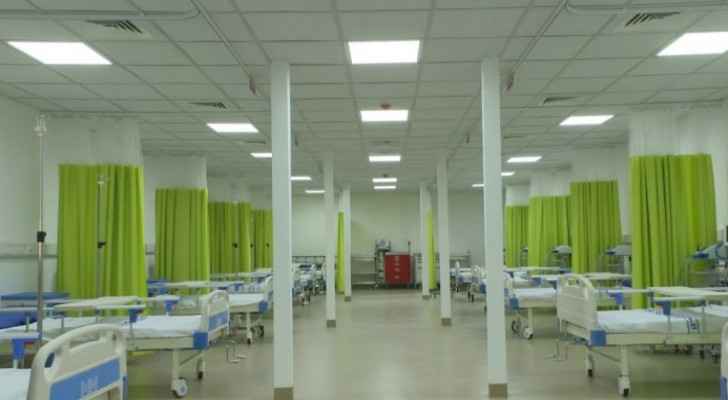 Tuesday, citizens and MPs called for establishing field hospitals in the Jizah and Muwaqqar districts in Central Badia to provide at least 50 beds for treating coronavirus patients.

The claims came in light of the increasing number of COVID-19 cases in the Kingdom, and the absence of hospitals in the Central Badia region, especially since its population is about 229,000 thousand, according to estimates from the Department of Statistics (DoS) for the year 2020.

Jizah includes 65 villages, and its area is 73 percent of the capital governorate. Its population is about 134,000, while Muwaqqar includes 23 villages, with a population of about 95,000.

In an interview with Jordan News Agency (Petra) Tuesday, MP Mohammad Al-Fayez said that increasing the number of coronavirus infections in the Kingdom requires that the Ministry of Health or the Royal Medical Services equip field hospitals in the Central Badia region, calling on the government to limit the number of infections in the Central Badia region and its affiliated brigades, as there are no reliable official statistics on the number of cases and deaths in the region.

MP Abeer Al-Jabour indicated to Petra that she presented to the designated Minister of Health, Mazen Al-Faraya, the region's requirement for field hospitals in Jizah and Muwaqqar in order to serve the villages and relieve the hospitals of the capital and neighboring governorates from pressure.

In turn, the Deputy Mayor of Jizah, Hamzah Al-Dahamsheh pointed out that the Jizah municipality is able to secure a plot of land to build a field hospital in the area, and equip it with the infrastructure, indicating that the municipality will address the Ministry of Local Administration and the Ministry of Health to proceed with the administrative and legal procedures for this.

Additionally, a number of citizens who made demands stated that building a field hospital in the area would relieve pressure from Al-Nadim Hospital in Madaba and Jamil Al-Totanji Hospital in Sahab.

The number of coronavirus infections in the Central Badia region is unknown and difficult to determine, due to the lack of a hospital affiliated with it, as COVID-19 infections are combined in this region with both Amman and Madaba Governorate.