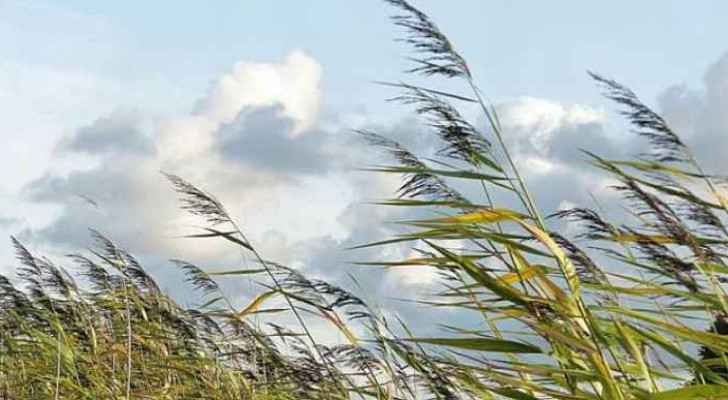 Tuesday, the kingdom is affected by a relatively cold air mass pushing behind the hotter air depression which came from northern Egypt, leading to a clear drop in temperatures.

In turn, the weather will become relatively cold with the emergence of low and medium clouds, especially in the northern regions. There are slight chances of light showers of rain over the northern parts of the Kingdom.

The winds will be westerly and moderate in speed, and accompanied by active gusts of wind in the afternoon, which may result in dust waves in the desert areas.

Night temperatures are expected to be lower and colder than previous nights, with the weather becoming generally cold. Low and medium clouds are set to disperse in the night skiy, and an increase in humidity will make fog form in several parts of the valleys and eastern plains.

Winds however will slow down, becoming light.