Tehran calls on London not to 'politicize' Zaghari-Ratcliffe case 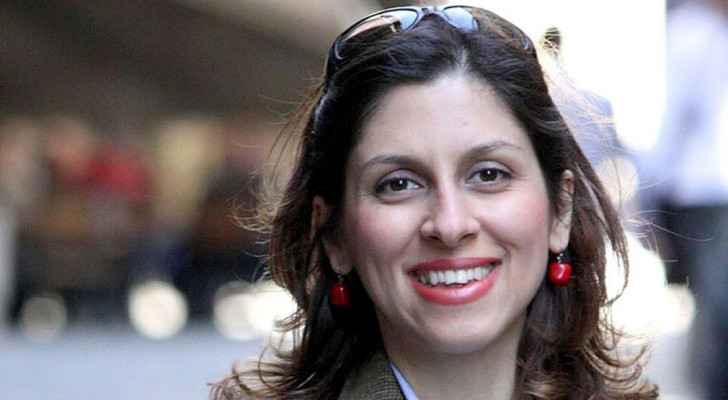 Tehran on Monday called on London not to 'politicize' the case of Iranian-British Nazanin Zaghari-Ratcliffe, who appeared in court in the Islamic Republic on Sunday to face a new charge, after ending a five-year prison term in another case.

Iranian Foreign Ministry spokesman Saeed Khatibzadeh said in a press conference on Monday that the Zaghari-Ratcliffe case is a "transparent judicial matter (...)."

"The best way to help solve such cases is to avoid politicizing them," he added. "I advise the British government, which once followed the path of politicizing the case, to allow legal and judicial action to take its course."

Zaghari-Ratcliffe, 42, is being prosecuted for "propaganda against (the political system in the Islamic Republic)", due to her participation in a gathering outside the Iranian embassy in London in 2019, according to her lawyer.

Lawyer Hajjat Karmani explained that his client, who was arrested in Iran in 2016, appeared Sunday before a court in Tehran and is currently awaiting a verdict of her right in this case.

London, which had previously asked Iran to allow its citizens to leave the country after the termination of its two sentences, considered the new trial "arbitrary."

British Foreign Secretary Dominic Raab wrote on Twitter, "It is unacceptable that Iran has chosen to continue a second trial that is considered arbitrary against Nazanin Zaghari-Ratcliffe. It should be allowed to return to her family in Britain without delay."

"We will continue our efforts to support it in any way possible," he added.

Zaghari-Ratcliffe, an employee of the Thomson Reuters Foundation, was arrested in April 2016 with her daughter Gabriela at Tehran airport after a visit to her family. She was accused of plotting to overthrow the political system in Iran, a charge she denied.

In September of the same year, she was sentenced to five years in prison, and her sentence expired on March 7.