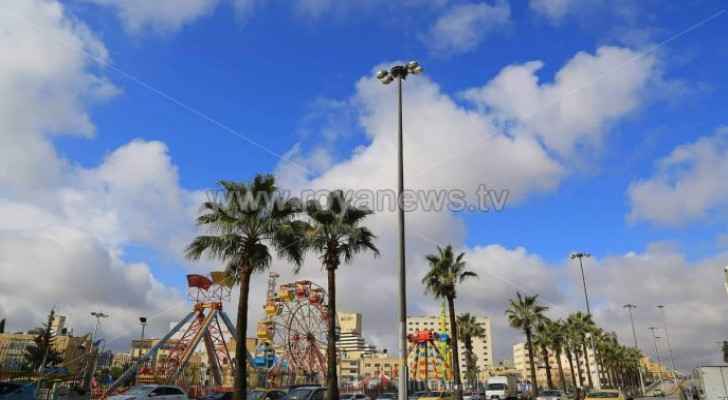 ArabiaWeather announced an increase to temperatures Saturday, becoming several degrees higher than their usual rates for this time of year. The weather has stabilized and will become slightly chilly in many regions.

The weather at night will be generally cold in various regions, and the winds are set to be light and changeable.

Sunday, the Kingdom expects a significant rise in temperatures, with the general weather coming warn in many regions. Large quantites of high clouds will emerge, paired with light and volatile wings.

Sunday night, the weather is expected to be relatively cold in all regions, and the winds will be light and changeable.

Monday, the Kingdom is set to be affected by an air depression coming from the north of Egypt. There will be a significant increase in temperatures during the day, becoming around 8-10 degrees Celsius higher than their usual rates for this time of year.

The weather conditions will be warm, dry, and dusty in most regions of the Kingdom, with the emergence of quantities of medium and high clouds.

The winds will be southwesterly, and moderate to brisk, therefore they may cause dust waves, especially in desert areas.

Monday night, the Kingdom is set to witness a significant drop in temperatures, with the weather becoming relatively cold in most regions.