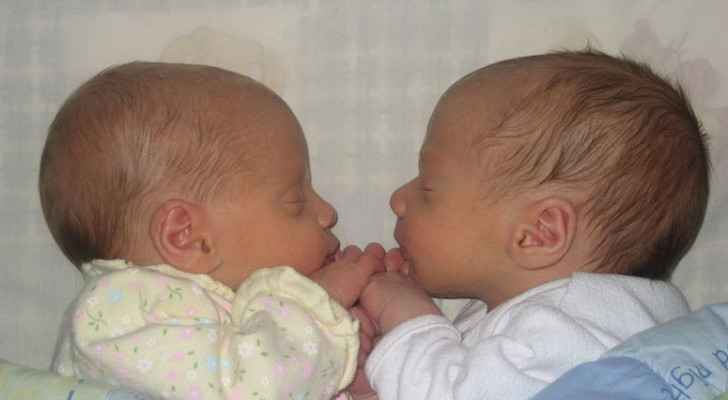 The number of twins being born around the world has reached an all-time high with more than 1.6 million twins being born every year, according to a paper published in the science journal Human Reproduction Friday.

As reported by Alarabiya, one of the authors and Oxford University Professor Christiaan Monden said “The relative and absolute numbers of twins in the world are higher than they have ever been since the mid-twentieth century and this is likely to be an all-time high.”

According to the study, the increase in assisted reproductive technology's (ART) popularity in developed countries over the past 50 years has contributed to the increase in the number of multiple births. Mothers across the world are gettng pregnant and having children at a relatively older age, when the chances of having twins are higher.

Among other contributing factors are the increased use of contraception, women choosing to delay starting families and lower overall fertility.

The paper is based on data from 135 countries between 2010 and 2015. According to researchers, twin births were most common in Africa and 'genetic differences' were believed to be the reason behind it.

The high number of twins in underpriviledged and underdeveloped parts of the world raised concern. Monden said, “Twin deliveries are associated with higher death rates among babies and children and more complications for mothers and children during pregnancy."

Another researcher Jeroen Smits said “More attention needs to be paid to the fate of twins in low and middle income countries.” She added that in the sub-Saharan Africa, many twins will lose their co-twin before their first birthday. Earlier research showed that the number stood somewhere between two to three hundred thousand per year.

US to impose new immigration laws on several Arab, African ....

US to impose new immigration laws on ....