US records less than 1,000 daily deaths for first time since November 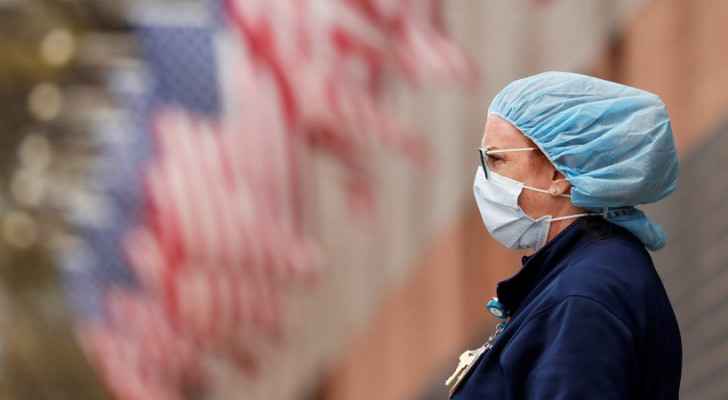 Monday, the United States recorded, for the first time in more than three months, a daily COVID-19 death toll of less than 1,000, according to data published by Johns Hopkins University.

The university's data, which is considered a reference in tracking cases and deaths caused by the pandemic, showed that between 20:30pm Sunday evening and 20:30pm Monday evening, the United States recorded the death of 749 people.

It is the first time in 3.5 months that the daily death toll from the virus fell below the threshold of 1,000 deaths. On Nov. 29, the US recorded 822 deaths.

The data confirms that the pace of the outbreak of the pandemic is declining in the United States, where the curve of deaths as well as infections has returned to levels that were seen before Halloween and Thanksgiving and other celebrations and occasions in which the country witnessed mass movements and huge gatherings that contributed to the outbreak of the virus.

Monday, US health authorities announced that people who are fully vaccinated can meet each other in small groups and in closed places without wearing masks and without adhering to the rules of social distancing.

To date, about 59 million Americans have received at least one vaccine dose, or about 23 percent of the adult population.