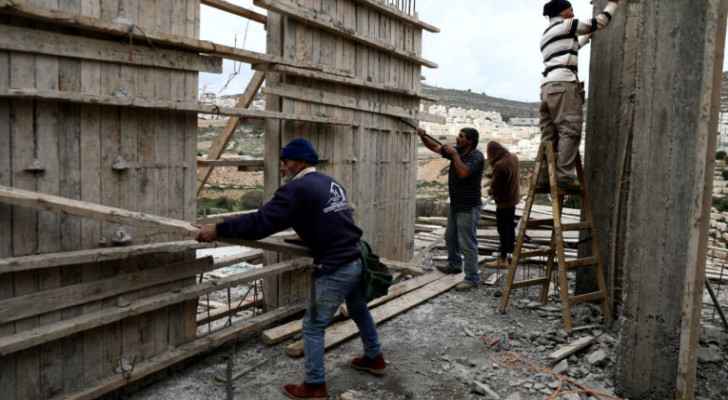 A statement issued by the Israeli Medical Emergency Service confirmed that paramedics of the "MDA" medical organization had vaccinated workers with the Moderna vaccine in "vaccination campaigns at Israeli checkpoints and in industrial zones" in the West Bank.

Thursday, 700 Palestinian workers received the vaccine as part of a trial campaign.

About 475,000 Jewish settlers live in West Bank settlements that are considered illegal by the bulk of the international community.

The Israeli Occupation is considered to be leading the world in coronavirus vaccinations, having vaccinated nearly 50 percent of its population.

The vaccination operations include Palestinians in occupied East Jerusalem, who number more than 300,000.

The occupied West Bank, where 2.8 million people live, has recorded more than 142,000 cases and 1,596 deaths from the virus since the outbreak began in the Palestinian territories last year.

The steady increase in the number of cases in the West Bank prompted the Palestinian Authority to announce a one-week comprehensive closure of the cities of Ramallah and Nablus and the villages surrounding occupied East Jerusalem, in addition to the closure of Bethlehem for a period of 48 hours.