Students return to school in England as pandemic-related restrictions ease 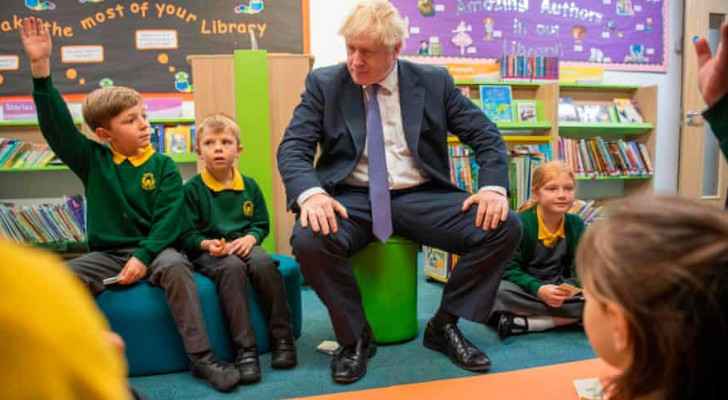 Students returned to school in England on Monday for the first time since January as the government began easing strict restrictions thanks to a comprehensive coronavirus vaccination campaign.

Throughout the recent closure period imposed since the start of the new year, schools only remained open to students who were children of employees in key sectors.

But all the other children stayed at home, causing a problem for the working parents and concerns about the impact this would have on their studies.

The government was able to plan to ease restrictive measures to curb the spread of COVID-19, while about 23 million people in Britain received at least the first dose of the vaccine, which helped reduce the number of infections and ease the pressure on hospitals.

Prime Minister Boris Johnson has drawn up plans to lift stay-at-home restrictions in England, with the hope that a cautious approach will not lead to a new increase in the number of infections that would impose a new lockdown.

Britain has recorded more than 123,000 COVID-19 deaths, and is counting on a comprehensive vaccination campaign to ease restrictions that may be lifted completely as early as June.

As part of other plans to reopen the country, the government said it would ease restrictions on gatherings and social gatherings abroad on March 29, with non-essential retail stores reopening from April 12.

Schoolchildren returned to the classroom after the Christmas holidays but were brought home again after just one day in order to control a mutated version of the coronavirus more deadly than the basic version.

"The reopening of schools represents a true national effort to overcome this virus," Johnson said earlier.

"Because of the determination of every person in this country, we can start getting closer to returning to normal life, and it is logical that returning our youth to the classroom is the first step," he added.

Pupils returning to school will undergo regular tests to limit the spread of infection, while older students will have to wear masks in classrooms until April.